On my recent excursion to The Target to pick up my McDonald’s Headset to finally go “hands free,” I realized that I was also in dire need of an additional filing system.

(pithy aside, my brand new house phone, the only one I’m able to use in my HOUSE, is Blue Douche enabled. Which means that I can talk on the EAR PENIS but not my McDonald’s Headset. This seems like a steaming pile of bullshit, or at least, a conspiracy)

One of the many things I miss about school is purchasing school supplies. Buying them for my children isn’t nearly as full of the awesome, because, well, obviously. Their lists always require things so specific that I drive all over town in an endless pursuit of a twelve ring, three binder, red, plastic-covered notebook, wide-ruled, until I give up, convinced it’s a typo. Then I see the OTHER parents have managed to find said item and wonder what I’m doing wrong.

Getting my corp. taxes done reminded me that my filing system of “throwing things into envelopes” was probably not going to cut it, especially if I wanted to go all official Non-Profit-ish for Band Back Together, so I eagerly went to see what else existed to make my life, well, BETTER.

It was like the heavens opened up and shone down upon me. There couldn’t have been a better day for it. I’d just gone to the Anxiety Doctor for a medication recheck, gone to the Tax Man, and was staring down the Pharmacist From Hell.

But there it was: A SALE on OFFICE SUPPLIES.

I grabbed three or twelve-fifty-niner of those weird folding file folder thingies, a sassy three-ring binder – practically a Trapper-Keeper – and folders for it, a new notebook, a bigger day planner than the one I currently use, a white board for Daver and an address book. You know, the ones you use your hand to physically write a name and number next to? Oh yes. I’m proudly regressing.

I’ve somehow been placed in charge of all the stuff coming into and going out of the house. It’s amusing to anyone who knows me and annoying to me, who knows me.

When we prepared for the Great Move of Aught Six from Oak (no) Park (ing)* I in charge of sorting, organizing and packing up our condo. Daver can’t get rid of anything. He’s descended from a Pack Rat, but he’s not one himself, no, he’s merely incapable of sorting out what can stay and what should go.

So he saves it all and overlooks the glaring piles of crap.

When I was packing/sorting/cleaning the condo, I came across a receipt. Curious, I picked it up and looked at it.

Pranksters, it was three years old. Figuring that anything saved for that length of time must’ve been something good, I glanced down at it. Four items: a plastic garbage can, beef jerky, Fritos and…wait for it, wait for it….

Thank the Sweet Lord of Butter that he’d saved a copy of THAT! Otherwise, I’d never have known exactly what he was buying at 1:42 PM on October 22, 2003.

What was most baffling and/or frightening was that this receipt had also managed to move to three separate apartments.

While Daver was raised by someone who is physically incapable of throwing anything away, my father recently got a label-maker for Christmas. I swear to you, eyes wide with glee, he tore into that label-maker like it was a brand-new laptop. Before the day was through, I was wearing a “Stumpy**” label, Daver had a “The Daver” label, the kids each were wearing their names, and he was upstairs happily labeling everything in his extensive file cabinet.

He also takes Getting Rid of Shit Very Seriously.

If he’s found something that is very clearly mine, he will happily march it out to my car the very moment I arrive, lest I forget it. Or swing it by my house. In the odd event that I do not claim it in his arbitrary time-line, he donates it to charity.

The man has it right.

I do not happen to personally enjoy labeling things, because I have a feeling if I started, I’d probably never stop. I’d be up all night, every night, labeling individual cans of diet Coke “DRINK ME,” just because.

What, ME COMPULSIVE? Why, I never!

Also, make all the Abacus Jokes you want, but I have NO CLUE how to use the damn thing. 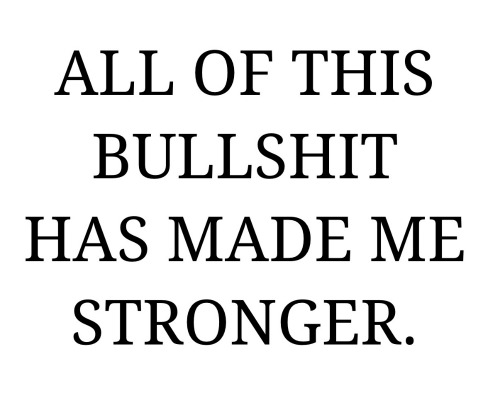 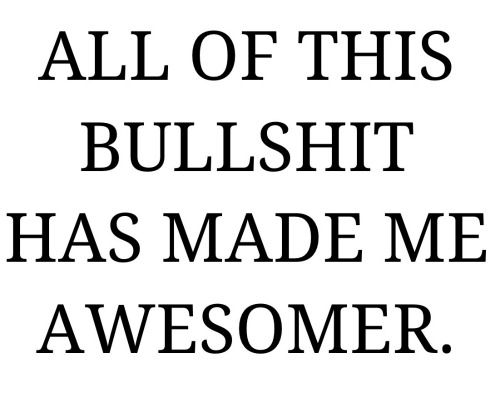 Or maybe something else. I dunno. Need a new idear (because my shirts aren’t Zazzle and are awesomely eco-friendly, organic, possibly made from recycled banana leaves) and screen-printed, I pay upfront, which is why I ask you guys about this stuff. You’re my brain, Pranksters. MY BRAIN.

EVEN THOUGH ME AND MY ABACUS ARE ORGANIZED.

*inside joke for anyone knows Oak Park. Parking is BEYOND bullshit in Oak Park.

**My brother nicknamed me “Stumpy.” Because I was shorter than him. I’m not exactly short: 5 foot 5 inches tall; not like 3 feet tall.