One of my friends was a guy that I sorta kinda maybe had a crush on, James, who happened to allow me refuge in his room when It Means Butterfly and Dave made sweet, sweet, monkey love in the bunk above me. At the time, James was still pretty squarely in the closet, which means that my gaydar wasn’t nearly as well-honed as it is now.

My crush subsided, of course, as crushes are wont to do, and we became strictly friends. At least in my book.

One afternoon, It Means Butterfly happened to be out at class or something, so I had a rare moment to myself in my dorm room, which I probably spent pining for my ex-boyfriend because that’s what you do at 18. You pine for old boyfriends rather than actually enjoy your single-dom.

When the phone rang, I’d been hoping it was Pashmina down the hall who’d been trying to score some more rum so we could get properly wasted, but it wasn’t. It was my buddy, Derek.

“Hey Becky,” Derek said when I answered. “Where’s your roommate?”

It was quiet for several seconds, which made me want to blather on – it was an awkward kind of silence, not the sort that happens among two friends who know each other well, but something that made the hairs on the back of my neck stand up like a dog.

“So….” I continued, trying to figure why he’d called me to say nothing. “What’s up?”

The seconds ticked by.

“How’s, um, class?” I asked, trying to begin a conversation.

“It’s (pant, pant), okay,” he said, clearly not interested in this conversation, which, to be frank, neither was I. I liked discussing class as much as I liked discussing those crappy and eerily crude forward emails my dad sent me.

Again with the silence.

“Um, so what are you doing today?” I asked him, not wanting to believe that Derek was an Uncle Pervy. I mean, this is the guy who helped me dress to go to the bar so I appeared to be older than 14. In turn, I looked like a very delightful hooker, but I thought it was hysterical.

This was getting weird.

I began babbling because that’s what I do best when I’m awkwardly uncomfortable, “So did you hear that my dad sent me this horrible forward about some old lady and her vagina? It was totally WEIRD – I mean, he’s my dad, and Oh Em Gee, did you SEE the way Matthias’s crappy roommate has been stalking me around campus because that’s just creepers, and really I’m so hungry, wanna get some Chinese food from that shitty place that delivers and tastes like it’s probably rat meat and shit, do you think it’s actually rat meat because their beef tastes a little off and shit I wonder if that’s why it tastes like that do you think it’s actually rat meat or cat meat because either way, I feel sick to my guts now and I may need to go hork in the bathroom and did you know that someone left a bloody tampon in there because that’s so fucking gross who would do that?”

I stopped blabbering on to see what he’d do next. 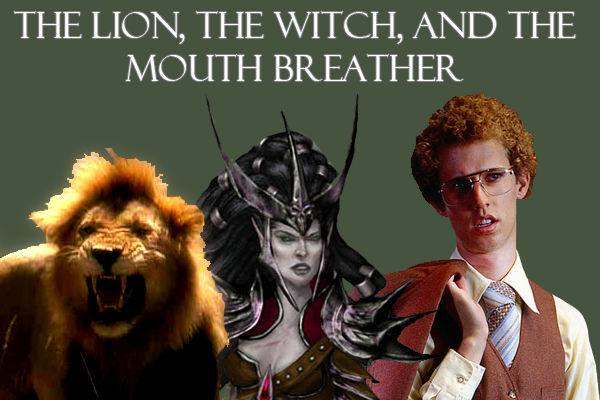 I levitated toward the phone jack, giving some laughable excuse about waxing a cat somewhere, and hung up with him.

I stared at the phone for a second before wandering down the hall to Pashmina’s room. Without knocking, I walked in:

New post here about what NOT to do at warehouse clubs.

5 thoughts on “The Mouth Breather”