Do you remember Chatroulette, Pranksters?

I only came across it back when I was writing online sex shop reviews for Toy With Me and searching for an angle to cover. If you have NO idea what I’m talking about, lemmie give you the very briefest of rundowns to the very best of my dwindling brain capacity.

Chatroulette was created by some college kid in (I believe) Russia who had the grand idea to create a site in which you could talk to various people around the globe via webcam. Neat, right? But you do see problem inherent, don’t you, Pranksters? THIS IS THE INTERNET WE’RE TALKING ABOUT.

If you have no idea what I mean by that, well, let’s just say, Internet = Penis-Galore.

So you could pop on your webcam and, in theory, make friends across the globe, so that you and your new-found globular friends could join hands and sing “We Are The World” a-Capella. In theory. Like communism. In theory.

If you got bored with the person you were talking to, you could simply switch to someone else to chat with…. except it didn’t work out so well. Basically, a Chatroulette session showed many a teenage girl what, exactly, a creepers pervert and his trouser snake looked like. Over. And. Fucking. Over. Sometimes, the mystique was, you’d manage to meet a celeb. IN THEORY.

This probably explains Chatroulette better than I can (is safe for work. Probably):

What you just saw, Pranksters, is Chatroulette at it’s finest. Apparently, the site’s still around to disgust the masses (just like this one!)

When Google Plus came out, I was all, why the balls am I getting invites to another social media network? Is this Google’s version of The Facebook? Why does my cat wipe his ass on the carpet? What the fuck is a hobby?

(pointless and un-pithy aside: I’m a firm believer that one can be good at between one and three social media platforms, but no more).

Most people who signed up with Google Plus were all, “daar, this isn’t Facebook,” and rather than just go back to where they came from (read: The Facebook) to continue playing with their fake farms, they complained bitterly about how G+ wasn’t Facebook. All over G+. That’s a fuck-ton of energy wasted right there.

Initially, I gave G+ the good old “meh,” and went back to The Twitter to spew my garbage in 140 characters or less. I had a couple G+ accounts because I have 76 email addresses for no good reason which meant that I inadvertently had 76 G+ accounts. But considering half of what I saw on there were those lame-ass picture quotes (like so): 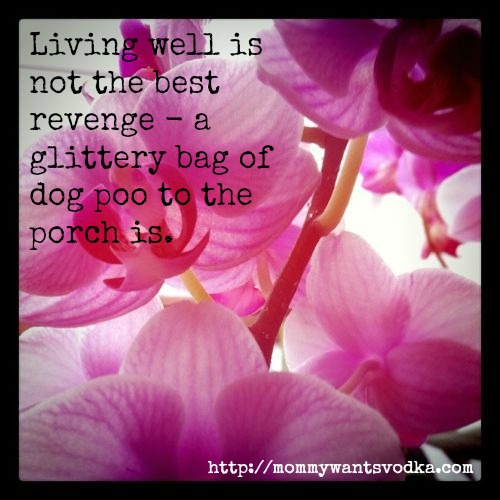 Okay, so generally the quotes are more like this: 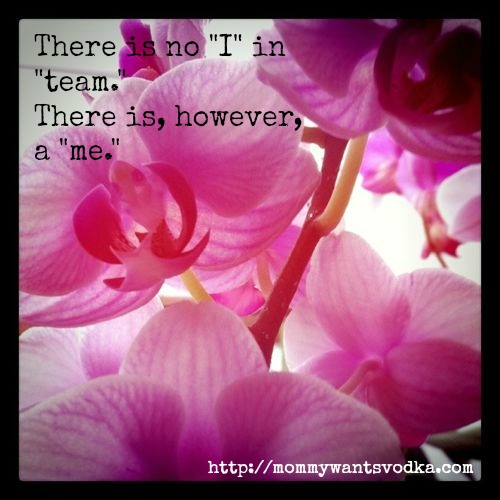 That was, of course, until the night of the Sandy Hook shooting. Since, as most of you are aware, I work for The Band Back Together Project, we decided that it would be a good night for us to do a G+ hangout to discuss our grief. That lasted 10 minutes before a bunch of people showed up and we got to know people, literally, around the world.

We’d been using G+ to conduct our board meetings for ages, but somehow, we’d never managed to connect that to the idea that there might be new and exciting people on Google Plus who did new and exciting things, like “NOT SHOW THE WORLD THEIR PEEN.” It was a fucking Internet Miracle.

If you have any doubts of it’s randomness, check out this video (skip to minute 1), taken by a friend of mine who’d been live-screening this G+ chat on YouTube (if you skip around, you can see how bizarre it is).

So if’n you’re ever on G+ and want to chat, here’s my page and my profile. I’ve made a couple of communities for us (one for mah blog and one for Teh Band) so we can hang out together and, quite frankly, I’d love to meet you, Pranksters. The Band community is hosting a hangout tonight at 7CST and I’ll be there.

Gaps in geography means that it’s hard to really hang out, unless, of course, we do it online. And so, we make our way into the future. A future with less peen and more community.

I gotta say, it looks pretty bright from here.