It’s taken me four years of painstaking work to get my house to look as though we’re not a family of squatters who just happened upon a house and moved in. Hell, I’m just now trying to get my downstairs painted from the hideous green that our previous owners decided was “soothing.”

(I’m also colorblind, so while it may APPEAR a nice color to you, it looks like cat shit smeared on the walls)

Anyhow, one of the first things I did, beyond repair our hideous downstairs bathroom was to start work on the landscaping.

Now you probably don’t think “landscaping” and “Aunt Becky” should appear in the same sentence, and you would be right. I nearly broke both ankles using a pickaxe last summer, to a chorus of laughter from everyone else involved. 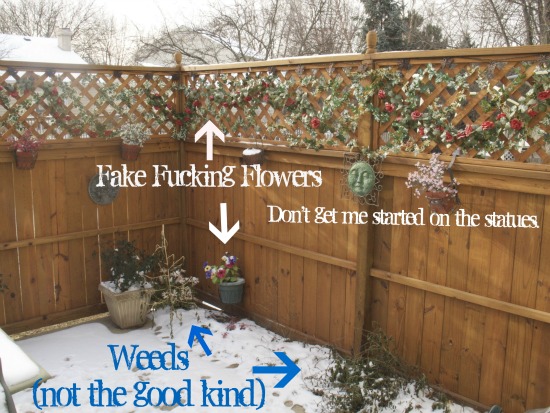 See what I had to work with here?

This summer has, thus far, been devoted to watching cat videos and replacing the stuff I ripped out last summer. So I’m outside a lot.

Last week, before I left for Assville, I was outside, planting some roses in the rain, humming the Pina Colada song (I always replace “pina” with “penis” because I am a classy broad) and I remembered something stored previously in the dark, dank recesses of my mind.

Well, okay, I thought they were ducks, until The Twitter pointed out I was wrong. The Twitter is good for that.

But anyway, I was all, “self, whatever HAPPENED to those stupid ducks that people used to dress up in wee clothing? The ones that I may or may not have stolen clothing off of when I was an asshole teenager.”

I honestly couldn’t recall the last time I’d seen a goose in wee rainboots and that made me fairly stabbity. Not because I wanted to see one, mind you, but because geese are Of The Devil. Had they been otters – which rate high on the cuteness scale – I’d never have stolen their clothes.

But since the plaster geese seem to be extinct, I think it’s high time for something to replace it. ANOTHER animal for (old) people to dress up for the seasons.

And Pranksters, I’m thinking that what would sell like hotcakes are one of two items that I should probably get started on crafting immediately, if not sooner.

Don’t you want to PREORDER this guy in statue form? 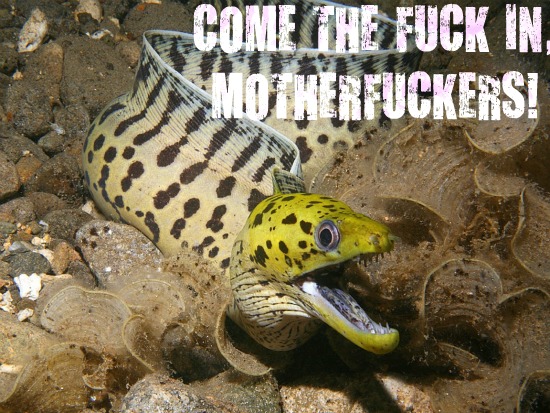 Not convinced? Let me show you his wee clothes: 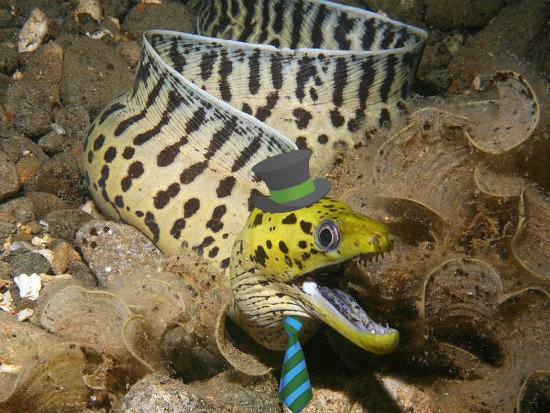 Perfect for the holidays, Pranksters. 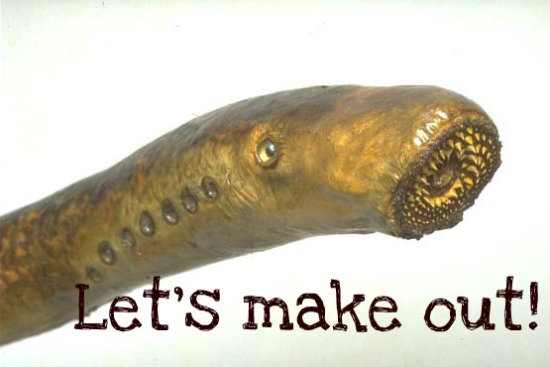 You MAY have to include a note that says, “no this is not a vicious showerhead.”

But let’s see him in his clothes! 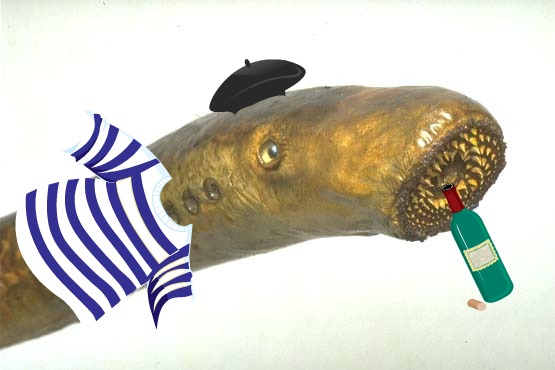 Oui! Oui! Oui! You can see the BASTILLE DAY Sea Lamprey has busted out the wine AND the adorability.

These motherfuckers are going to be selling like HOTCAKES. We should start preordering them IMMEDIATELY, if not sooner.

So that, perhaps Pranksters, will be how I finance the landscaping (and subsequent hospitalizations) I must do this summer. THAT is the way I can leave MY MARK on the world.

Who wants in on this, Pranksters?

62 thoughts on “It Always Comes Back To Those Damn Geese”