This one time (…in band camp) I swore my bed was possessed. I had nightmares every night I slept in it, although, to be fair, none of them involved me spewing oatmeal or cottage cheese out of my mouth while levitating or turning my head around at a 360 degree turn, and my mom, having trouble sleeping one night, slept in it while I was off sleeping somewhere else (I can only surmise I was thoroughly up to no good). That night, she too, had a nightmare.

Clearly, the bed was possessed.

My mother and I decided that the best course of action was, naturally, to perform an exorcism. I mean, what else can you do when you have a (possibly) possessed bed? We burned some sage or incense or something and put up a crucifix that my brother had (allegedly) stolen from somewhere or another chanting, “The power of Christ compels you.”

It worked. The nightmares stopped.

I hadn’t thought about possession or The Exorcist until it dawned on me that they’d made an Exorcist Part II and then I was just plain annoyed – I mean, where can you go from there? (Answer: Egypt)

Last Wednesday, I was taking a gander at the snaps I’d taken of Alex’s first day of school on my mostly-broken iPhone and realized I should probably actually export the things to my computer. There were some pretty cute snaps in there and well, how else can I put together a long montage video to play at his high school prom? I mean, I do have a therapy fund set up for the kid – I may as well do as many horrifying things as I can while I can.

(better than an STD, I guess, but I’m unclear as to whether or not computers can catch those things)

Instead of my craptastic pictures taken through a broken lens, I got, well, these, which I promptly framed. Possessed iPhones don’t happen every day, y’know. 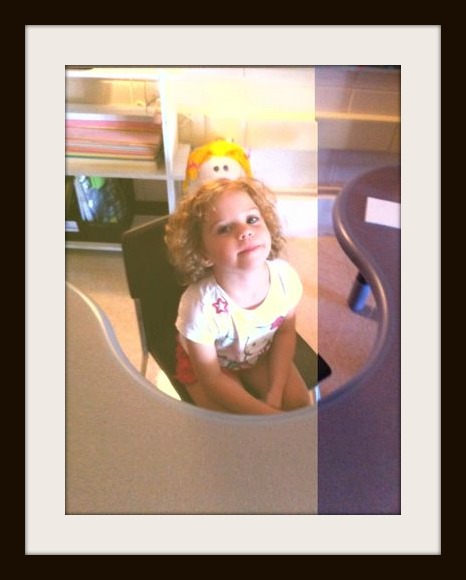 Amelia decided that the small kindergarten seats were bullshit and immediately found the teacher’s seat. At the time, she was NOT, in fact, possessed, although the doll behind her makes that statement questionable.

And my rose, which I’d been trimming blackspot from, well, it appears to have been overtaken by The Devil. Partially. 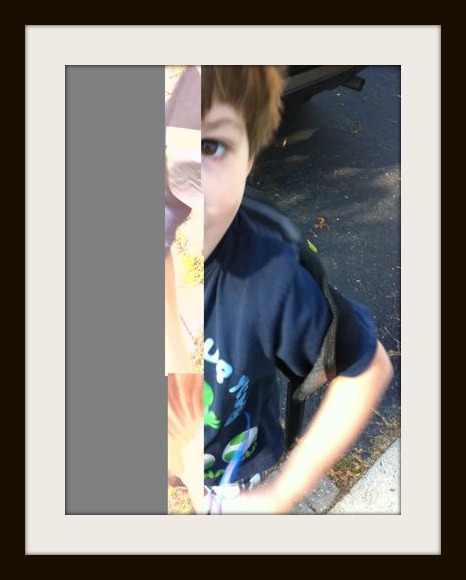 Howdy there, Half of Alex! Happy first day of school! Don’t kill anyone, okay? 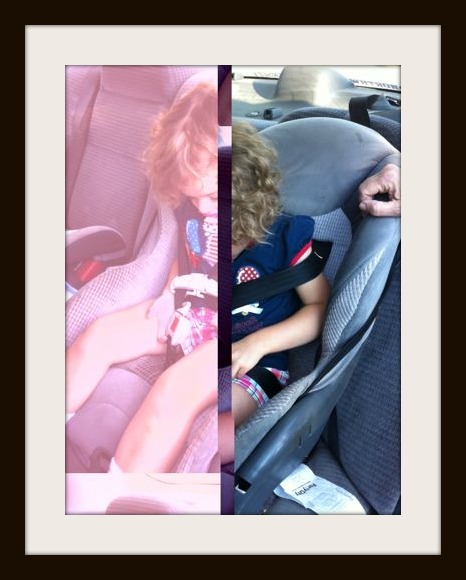 Who knew the kid was divided so neatly down the line?

I guess it’s time for another exorcism, Pranksters.

Oh! And if you love music…

So dish! What kinds of weird crap have your electronics done over the years?

23 thoughts on “Possession Is Nine Tenths Of The Law?”