Anyone who has read my blog for very long knows that I bring weirdness wherever I go. And not just because I’m weird; that might actually make sense.

Back in December, I went to Las Vegas for the first time a mere five weeks after I’d had major abdominal surgery because I’m Eye of the Motherfucking Tiger like that. Also: dumb as a box of rocks.

I’d decided to room with my friend Mandi at the MGM Signature, which is like the MGM but better. (Better = more expensive.) When we arrived, we saw that the suite we’d gotten was actually in the Penthouse and directly adjacent to Jana’s room. We even double doors that that we could lock to create a nice fortress. 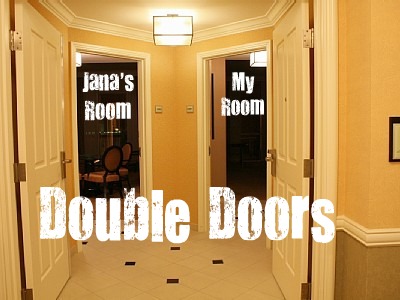 It was pretty fucking sweet.

On Saturday, the three of us left together to go to a party. 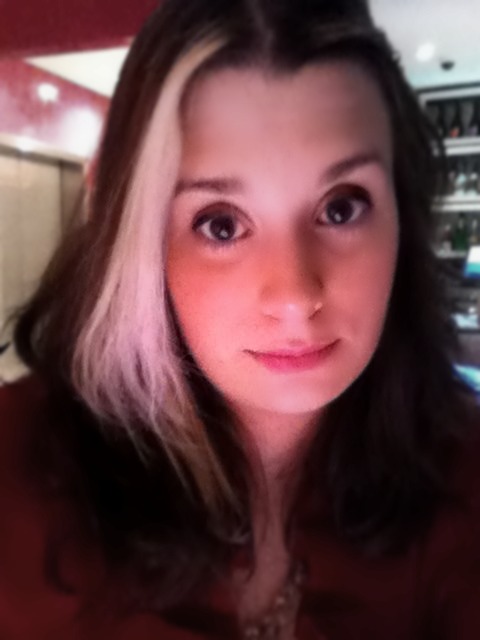 “People say I’m the life of the party…”

Turns out that abdominal surgery and partying are kinda like oil and water. Or me and John C. Mayer.

I left the party early because I felt like a hot slice of ass. Mandi and Jana were both whooping it up with Elvis as I cabbed it back to the MGM by myself. For as paranoid as I can be about colonies of earwigs nesting in my ear, I’m not really a paranoid person and I’m totally capable of taking care of myself.

When I got back up to our floor, I was in agony. All I wanted to do was to lay down.

But when I reached the double doors, I found them…open. I was almost certain that we’d shut and locked them behind us (I’m Captain Motherfucking Safety, you know).

When I entered the foyer, I saw that my OWN door was open, too. I’d have been shocked if I’d left THAT open, but I couldn’t remember for sure.

I walked into the room for a second to see what was going on – if anything obvious had been stolen – and I swear on the Good Lord of Butter that all of the hairs on the back of my neck stood on end. Prickly-style.

That’s only happened to me a handful of times.

Each time it’s happened, it’s been for good reason. I’ve learned to trust it. If something makes the hairs on the back of my neck stand up, something is amiss.

I ran out of the room.

Now what the fuck do I do?

I went back down 9870 flights on the elevator to the front desk. Closed for the night with a jaunty note that explained I could find help at Tower One, which meant hoofing it back down a zillion hallways. So I did. My cell phone reception was pathetic. Walking was the only option.

I limped to Tower One where I told the person behind the desk about what had happened.

Security was called. I asked them to walk up to my room with me to check it out, red-faced and embarrassed as shit. I mean, how do you explain to someone that you “just had a bad feeling” without sounding like a total fucking lunatic?

I joked as they walked me back that I’d seen too many episodes of Law and Order: Your Doesn’t Suck As Badly As Theirs to simply ignore the open doors. Security assured me that it was just fine: that I’d done the right thing. Still, I felt like an assjacket.

Fifteen minutes later, we were up at my room, where security gave me the green light: no one inside. I thanked them for their time and they left.

But I couldn’t shake the creepers feeling.

I sent Mandi a text explaining what had happened (trying not to sound as frantic as I felt) and then limped all the way back to the MGM Grand, where I sat in the food court until Mandi arrived. Safety in numbers.

Never did find out what had happened. Probably never will.

I guess what happens in Vegas DOES stay in Vegas.

Have you ever had the hairs on your neck stand up like that? Do you trust it when you have That Feeling? Can I have some chocolate ice cream, please?

48 thoughts on “I Was Going To Say That My House Was Built On A Native American Burial Ground, But Then I Realized It’s Just Me”