When I pulled up to the hospital yesterday and walked through those sliding doors, whirring officially shut behind Amelia and I with a snap, I was calm. I’m not sure how I paint myself here on my one-dimensional blog, but I’ve never been prone to anxiety or cases of the vapors, and typically in the moment, I’m about as calm and collected as they get. This was no different.

I gripped my phone like a talisman and strode over to the desk where sure enough, a new volunteer greeted me to help me find my way. The scent of lilies was heavy in the air and I tried mouth-breathing (one of the few perks of having been a barfy pregnant lady) to stave off the smell. Calla lilies are one of my favorite flowers, but the rest of them remind me of all of the friends I’ve buried.

Amelia, refusing to be held, led the way through the hospital, past the gift shop where I bought her heart necklace, past the chapel where I prayed for her, past the cafeteria where I remember laughing for the first time, my throat rusty and dry, the laugh unfamiliar, past the NICU and PICU, her little legs chugged along, sturdily running so fast that we had to half-jog to keep up with her. 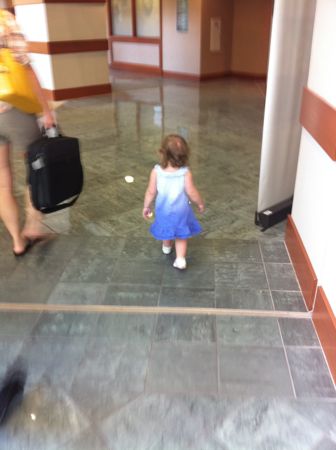 Finally we reached an unfamiliar corridor and the volunteer whom I’d been handily chatting about tropical plants with bid us adieu. Amelia trucked on ahead, thrilled by the freedom to run up and down the corridors, uninhibited by the ghosts that roamed them. 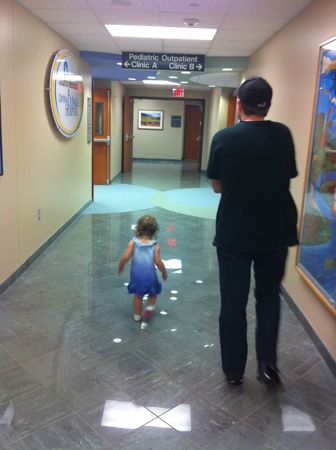 When we found our way–because Mili always finds her way–I saw the Children’s Memorial Hospital sign on the wall across from her new neurologist’s office. In a bizarre twist of fate, this happens to be a satellite unit of the same hospital that I did my pediatric rotation through years ago. It’s an amazing hospital.

It’s hard to believe that my daughter is now a patient. 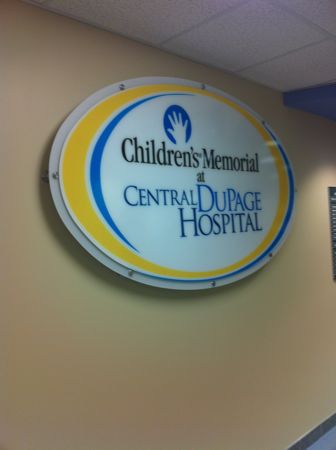 In the waiting room, Amelia made a beeline for the crayons and happily dumped them out all over the table. Screw coloring.

Eventually, we went back and met with the neurologist, who I was understandably anxious to meet. Neurologists, for those of you happily unawares, aren’t perhaps the kindest of all doctors. They’re sort of at the top of the doctor heap, only beaten by infectious disease doctors, and what’s more is that they know it. So people skills aren’t exactly important to their profession.

I was prepared to go all Campaign of Terror on him and be all “you DO know who I AM, don’t you?” and not because I am a pitiful blogger who might pathetically attempt to sully his reputation on the internet (I wouldn’t), but because I come from a line of well respected doctors who are well known. My now-middle name would be a dead giveaway, but I was all, you’ve got to know when to hold ’em and know when to fold ’em and stuff.

I didn’t even have to whip that out because he was FULL of the awesome. When Amelia took his reflex hammer and started trying to test out MY reflexes, he simply went and got another one rather than try and wrestle it out of her fists of fury.

For any of you not playing along at home, Amelia was born with a midline parietal enecephalocele which is a neural tube defect caused by the failure of the embryonic neural tube (the primitive spinal cord) to close properly. Her skull didn’t fuse and part of her brain, the part right about at the crown of her head (for anyone who doesn’t know where the parietal lobe of your brain is) developed outside of her head. It was a true encephalocele, not a meningeocele, meaning that there was actual brain matter inside of the defect, not just cerebrospinal fluid.

Having an encephalocele reduces the likelihood of survival at birth to 21%. Half of those live-births survive. Of those survivors, 75% have a mental defect. The poorest indicators for survival and associated anomalies are true posterior encephaloceles. Like what my daughter, Amelia, was born with.

At three weeks of age, she underwent massive neurosurgery to repair the bony defect in her skull with a skull implant and to remove the herniated brain tissue that had developed outside of her skull. The surgery was a success.

Mili’s neurologist suggested that we follow up with an EEG to look for any possible seizure activity while she is sleeping, as she displays none of the signs of seizing while she’s awake, because it is the last thing that can be treated. Neither the neuro nor I believe it’s seizures, but it’s worth a shot.

Any other developmental problems are simply a continuing result of her encephalocele and the microscopic neurological problems that they caused when she was developing.

Logically, I knew this. But my heart was filled with darkness as I left the office, my daughter chasing the light shining through the windows in the corridors of the hospital as I trotted to keep up with her. I wanted it to be easier.

I ducked into the gift shop and bought her a necklace. A new necklace for a new battle. And as I strapped it to her brave chest, the tears falling down my face, I whispered, “there’s the light, Princess of the Bells. Now you find your way. Don’t let anyone stop you. Ever.”

And she won’t. She’s her mother’s daughter, and if I can find my way in this crazy fucked up world, my daughter will, too. Her light will guide her, just as mine has. In lumine tuo, videbimus lumen.

Shine on, you crazy baby, shine on.

142 thoughts on “Darkness and Light”