This would be the pictures you wanted after yesterday’s post, Pranksters. 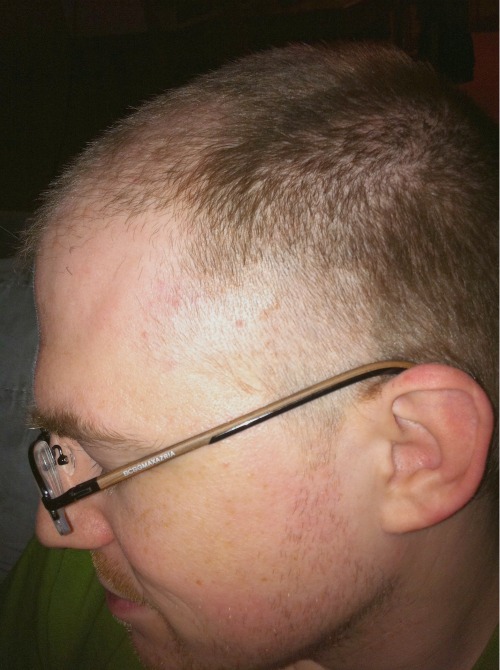 I suggested that he get a spider tattoo there for street cred, but he said no. Shockingly. Even AFTER I gave him this awesome mock-up of what he COULD look like. 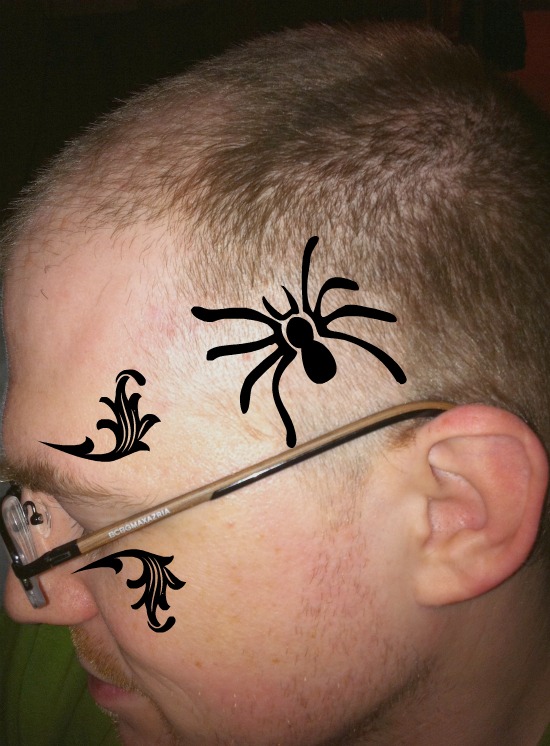 He says he’s going to “get me back while I’m sleeping,” but I’m not worried about my hair. I’m worried he’ll rig up something I can’t turn off that will play to every single Rush album throughout my house over and over again.

Hair grows back. Being traumatized by Rush is for LIFE.