Even in the NICU, she made her temper known. Her furious bleats echoed from the previously calmer walls, disturbing the other tinier occupants and their parents, and I had the good grace to feel sheepish as my daughter wailed fiercely, her gigantically fat legs and arms pounding against the sides of the isolette.

“Let me the fuck outta here!” she hollered without saying a word.

I echoed the sentiment, with my own words, of course.

My daughter, she is a fighter.

At birth, my Amelia Grace, the fighter, born with her brain hanging from her head, she disturbed the entire labor floor with her angry screams. Indeed, one of the only clear memories I have of her birth is her shrieks, so loud, so furious over the grievous sin of having been forced to be weighed.

(I, of course, feel precisely the same way every Friday when I am weighed in, but, you know, I am much more in control of my tantrums, so I can shriek QUIETLY before having to see the number on the scale)

This trait, this fighter trait, it has never left my daughter, my warrior girl, and it is with intense pride that I see her furiously beat her hands against the floor, shrieking in anger over some injustice, because it is so familiar to me. She is her mother’s daughter and she should know how to fight.

Yes! I say to her, YES, my brave, sweet girl, you FIGHT against it. You get good and god-damned mad and you take that anger and you channel it into something good and you use it for all it’s worth. That is the tiger in you, my child. And you let that tiger out and you let it ROAR and God HELP anyone who gets in your way. That fight will remind you you’re alive.

My little Amelia is a warrior.

If anyone should be born with the spirit of a warrior, passed so handily down from her mother’s DNA, I think it should be a daughter, someone born with the odds stacked so heavily against her.

Still, she doesn’t speak to me and tell me the secrets of her heart, although when I look into her deep brown eyes that mirror so closely my own, I can see them there, just below the surface. The Little Prince was right, what is essential is invisible to the eye. And when my heartstrings pull painfully in my chest, imagining the times when it will be so hard for her, I comfort myself in knowing that the warrior heart that beats within my own chest beats within hers as well.

The secret place, the land of tears, well, that will be hers alone, as it is with all all of us.

As I look at her, awestruck, often bemused by her anger, flared up by the terrible injustice of having been told, “no, no we’re not having candy for dinner,” I never forget how lucky I am to have her by my side.

Her speech therapy will begin soon. She’s operating at quite a delay, backsliding from even where she was several months ago. So now we put on our platinum battle armor, polish our diamond coated swords and get ready, because it’s time for the fight to begin.

My Miracle Mimi, my Warrior Principessa; it’s you and me against the world, kid.

So watch out, world. 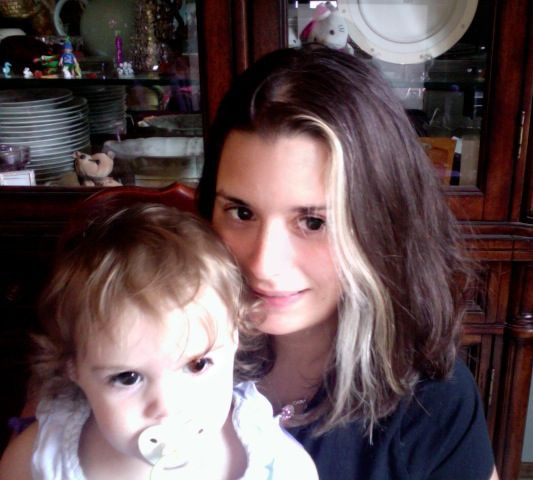