I started out a post this morning about how I missed having BFF’s and I got about halfway through and realized how WHINY it sounded. So I scrapped it. Sometimes, I think, things are better left unsaid. Or, at least, they’re better left unblogged, until such point that I can not sound like a sniveling whiny assbag.

Which will occur at a quarter past never o’clock.

Instead, I thought that I would share with you, Pranksters, a second glorious snapshot into the formative years of Your Aunt Becky. Back in the day before I was Aunt Becky.

Well, I loved princesses and makeup and dresses and diamonds and pink and sparkles.

So this is what happens when you ban things like that: 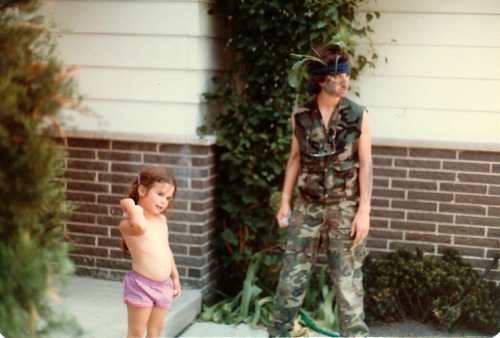 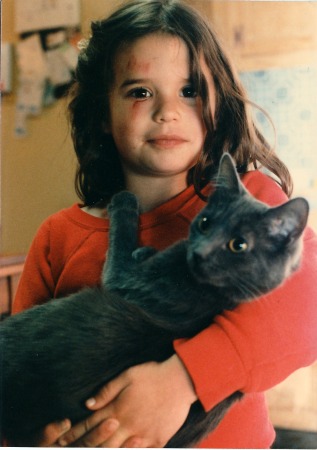 And then there was the time I was in a bar fight.

But let’s just go ahead and say it was “a bar brawl.” It sounds better that way. 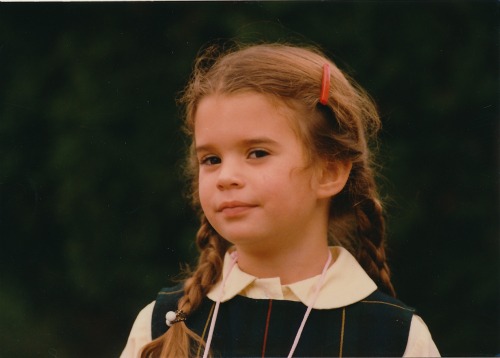 So, this one time I was a Catholic School Girl. No really, I was.

And I have the ten-yard “fuck you stare to prove it.”

Look, I still have it: 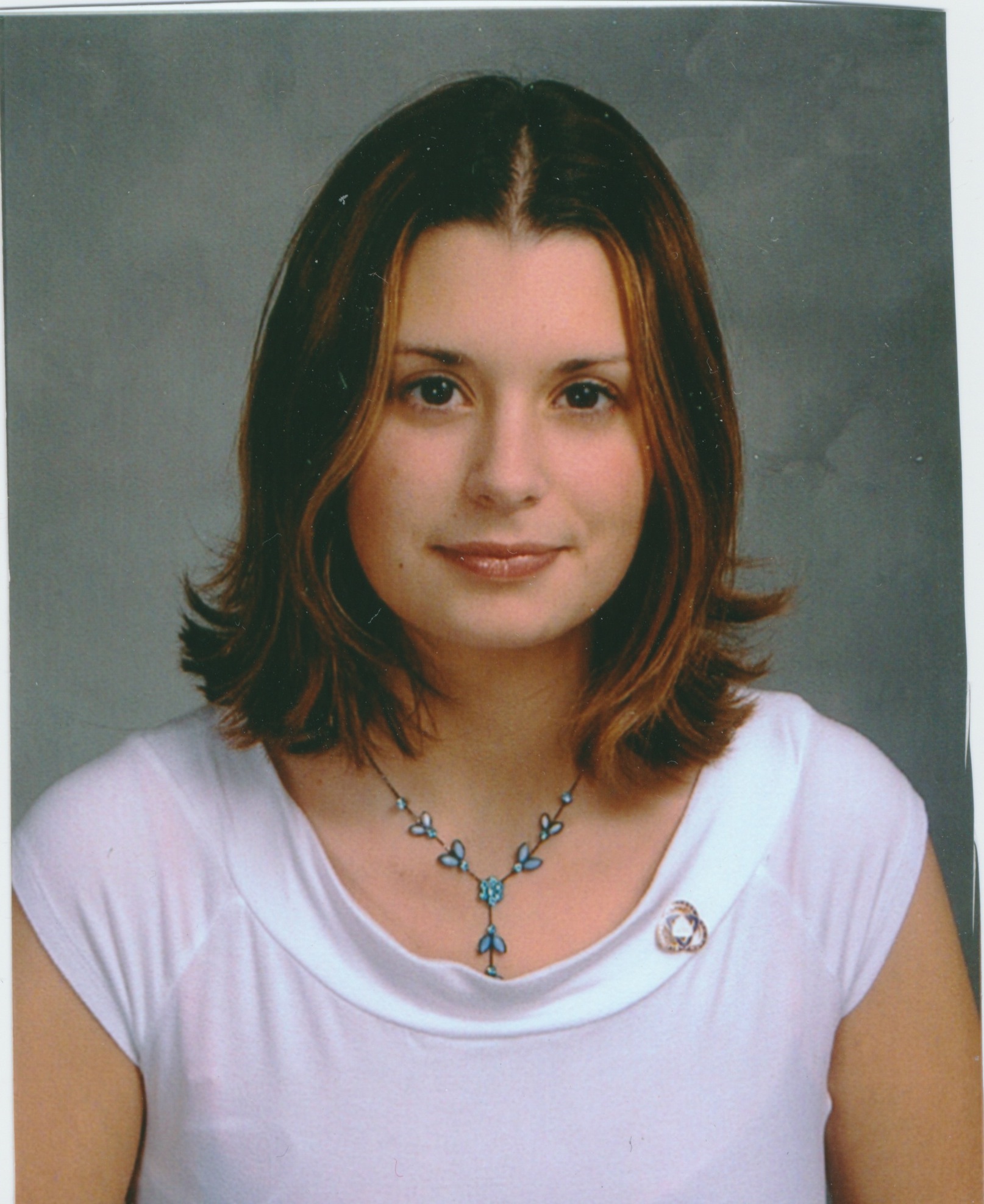 That Hairy-Eyeball Death Stare has prevented SCADS of unwanted advice from well-meaning strangers over the years. Seriously, Pranksters (especially those of you with new babies) I suggest you develop one. 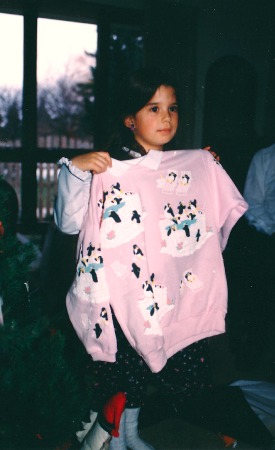 I’m pretty sure this is the second-best-picture on the planet.

See, I don’t know if I told you this story ever (I probably did because it’s awesome) but one time, when I was like twenty-three, my mother gifted my sister-in-law MATCHING sweatshirts that had cartoon cats on them. Cartoon cats lounging on stacks of books. It said, “Cats. Books. Life is good” or something like that.

Now, my sister-in-law and I aren’t like old cat people who wear cat sweatshirts. She buys $900 underwear and shops at Anthropologie and other boutique-y stores. Got love for cats, but neither of us wear shirts with, uh, cats on them. Or any such cartoon animals. So we got them and were like.

I hadn’t realized UNTIL TODAY that the Cats, Books, Life Is Good shirt wasn’t the FIRST time I’d been horrified by a Cuddly Animal Sweatshirt. Oh no. I must have been five in that picture. The look on my face says it all.

When I was born, my dad, brother and grandfather got into photography. And when I say to you, Pranksters, that someone in my family “got into something,” you might think, “oh, they probably bought a Polaroid camera and took some snapshots,” but you would be WRONG. There would be whole alters erected to your WRONGNESS.

Because the Sherricks, they do not get INTO things in a small way (see also: my orchids)(see also: http://mommywantsvodka.com). No, they get OBSESSED with them. Hobbies? We don’t need no stinkin’ HOBBIES.

I grew up with an actual working college-appropriate darkroom in my basement. We have every kind of camera lens, camera, tripod, camera bag, photo paper, film type, chemical, ad infinitum, ad nauseum.

I’ve had a camera shoved into my face since the moment I emerged from the womb with “a face only a mother could love” my entire life documented endlessly for posterity. I cannot tell you how many pictures I’ve had taken. I could give Britney Spears a run for her money.

Which is why I look incredibly sullen in many of them. 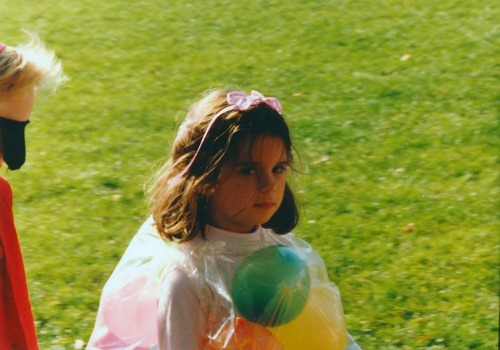 Because that? A BAG of JELLYBEANS HALLOWEEN COSTUME? That’s freaking awesome.

But the best picture I came across today was this. 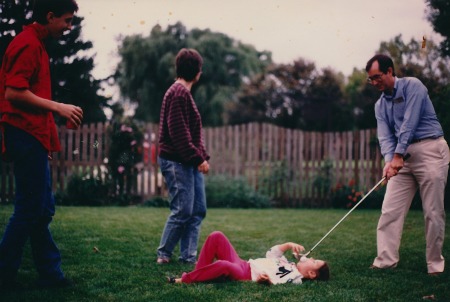 Who the hell are those people (I can hear you through the computer, Pranksters)?

And THAT, Pranksters, is why I’m like this. Part eleventy-five.