I desperately want to make my basement a gigantic ball-pit, but I’m terrified that if I did so, people would simply come over to take a whiz in it. Like, RANDOM people would show up at my door to pee in my ball-pit* and then I’d have to call my television serial killer husband Dexter to take care of them. Because peeing in ball-pits is bullshit.

*(You know if it had to happen to anyone, it would be me)

But still, the allure of a basement ball-pit (along with my tree house Panic Room) is strong, Pranksters.

Last week, my son turned four. And thanks to Product Placement during Team Umizoomi, he decided that he was going to spend his birthday at Chuck-E-Cheese. Had I turned him down, I have no doubts whatsoever that he’d walk there. Alex will get what he wants, when he wants, period. Luckily, it’s normally just juice or something.

But for my son, I’d manage.

Bonus! I had a coupon for 6 kajillion tokens.

As we waited for our Mouse Pizza, I noticed that this particular Chuck-E-Cheese sold both beer AND cotton candy, I was pleased. I pink-puffy-HEART cotton candy.

The risk for Oregon Trail disease was at an all-time high, but I managed to sit down without a hazmat suit. Progress, not perfection.

I captured my children’s horrified reactions: 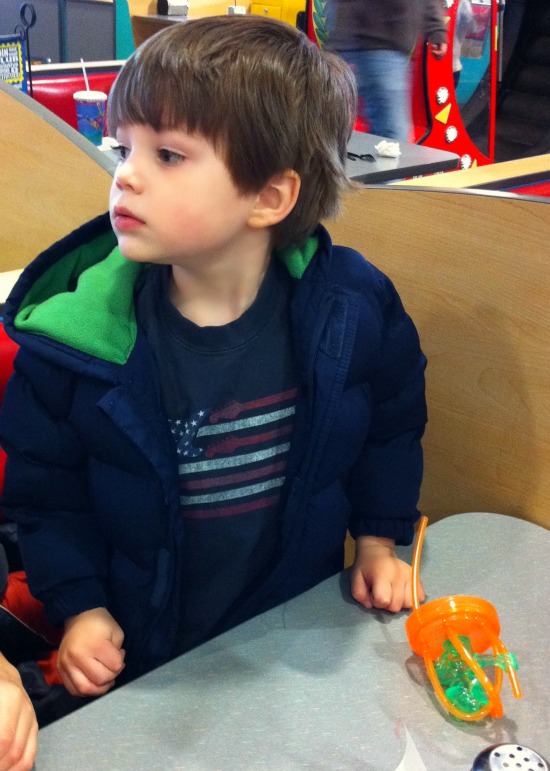 The Birthday Boy, himself. 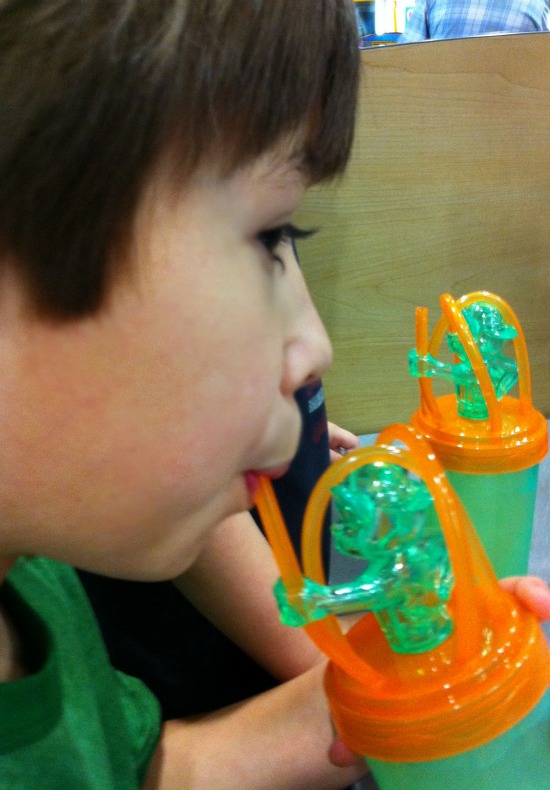 I’m a bit disappointed that I couldn’t get beer in those cups. 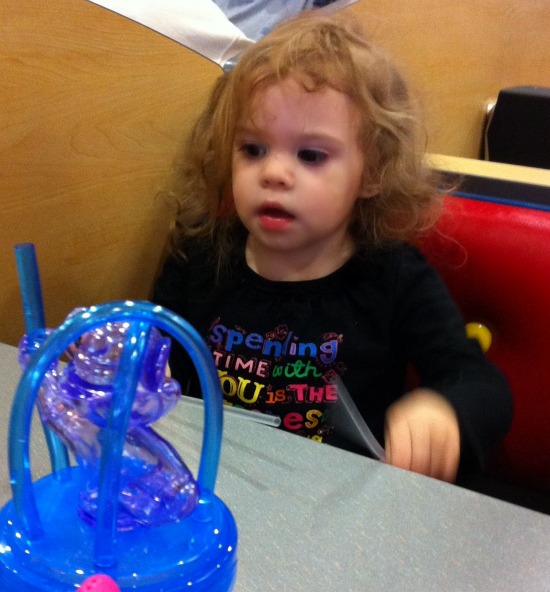 After a solid lunch of Mouse Pizza, it was Game Time.

Happily, I noted that the once pee-infested ball pit was gone.

The boys crawled around in the tubes, probably infecting themselves with poo germs while I took my daughter around to see if there were any games SHE could play.

I didn’t find any Amelia-sized games, but I did find Skee-Ball, which she was immediately enamored with. Happily, she took the cup of coins, which she called “Treasure” and inserted them into the game while I Skee-Balled my ever-loving arm off. I won like 8 tickets and a sore arm for all of my hard work.

After she tired of Skee-Ball, I realized I still had a zillion and a half tokens. Shitballs.

So I went off to find a game where I could dump the tokens in and win “tickets,” because like it or not, the kids were going to beg for some sort of “reward” at the Redeeming Tickets For Overpriced Crap counter. It was tickets or spending 8 bucks on three tiny boxes of nerds.

I found a game where I could bang a button* and win tickets. Perfect. No effort or skillz necessary.

I’d blown through most of my Treasure in a minute or two when I was hastily shoved out of the way by a rolly-polly woman at least ten years older than me. I’d thought she’d merely bumped into me, but no, no, of course not. This WAS Chuck-E-Cheese, Home Of The KlassE, after all.

Nope, she’d shoved me out of the way so she could play the game.

Whatever. Instead of punching her in the taco, I dumped the rest of the tokens and headed back to my three overly-exhausted kids. We redeemed the tickets for three wee Halloween-Candy-Sized boxes of candy and headed home.

So far, I haven’t shown signs of Dysentery or Ebola, but it could happen at any moment.

And now I’m obsessed with the idea of my own personal ball pit. I’m adding a moat, razor wire and an electric fence to my previous ball-pit design.

You never do know when someone might pop into your house and take a whiz in your ball-pit.

61 thoughts on “This Is, At Least, A Better Idea Than The Velcro Wall I’d Been Planning.”