I’ve been asked by my pregnant friends what labor feels like, and each time, I’m stuck wondering how to respond. In the end, I always answer with something semi-true like, “strongest motherfucking period on the planet,” which is semi-true. It’s also completely wrong. Labor feels like, well, labor, and nothing else. Even after popping three kids outta my delicate lady bits, I’m not sure how else to describe it, beyond saying something completely unhelpful like, “It feels like labor,” alternately, “it feels like a thousand angry chipmunks gnawing your uterus.”

When the divorce talk came a-knockin’, my previously divorced friends offered me similar sentiments about what I could expect; excepting, of course, that none mentioned my uterus, which was thankful. That organ has seen enough. I was warned that, “it would be hard,” and that, “the first year would be the worst.” Of course, much like my labor speech, it was simultaneously unhelpful and the truth.

I sat the back of the U-Haul three weeks ago tomorrow, watching Dave and The Guy Formerly On My Couch moving, the weather unseasonably hot for a day in late September, working on my tan and watching my kids frolic in the yard I’d dearly loved. It was then that I truly realized that this marked the end of the life I’d had. I shed a few tears before lugging the rest of my belongings into the truck, wondering what the next chapter of my life would look like. I contemplated asking my aforementioned friends, but realized that they knew as much about what comes next as the squirrel who’d been intently staring at me while I tailgated on the U-Haul.

(hindsight being 20/20, I should’ve thrown a good-bye tailgating party and grilled out right there in front of The House Formerly Known As Mine – there are too few occasions that one can set up a grill in the street and roast encased meats)

We drove off, each car packed to the brims – some sent by my wonderful Pranksters, for which I am forever thankful, having those lifelines means the world to me – handily closing that chapter of my life. I didn’t cry. Not then.

At my new home, I pretended I was a pack animal, an alpaca, which probably doesn’t, in fact, lug things around on it’s back, but it helped get me into the moving mindset from, “I’m sweating (proverbial) balls and I think I just flashed my neighbors by accident,” to “I wonder if alpacas actually lug shit on their backs, because now I want one. I don’t know what they look like, but I think I need one as a pet. I bet they’re fucking adorable. I mean, even their name is awesome.” Soon, the boxes were all inside, ready for me to give their contents a home.

I spent the next two weeks unpacking, hanging pictures, decorating (badly), wishing I had more art for my walls because Pinterest had made me all, OMFG I NEED BEAUTIFUL THINGS MADE OUT OF THREE EASY KITCHEN INGREDIENTS (sidebar: Fuck you Pinterest for making me feel super NOT crafty), and slowly turning the empty apartment into a place I could call home. “Wow,” my mother said as she dropped by a few days after I’d moved. “You’re unpacking like it’s your job.”

I laughed, “I just want the kids to feel like my house is a home, too. It’s a big change for us all.”

Keeping busy was my salvation, even though there was a warning bell chim-chiming somewhere, a foreboding, “when you’re done with The Busy, it’s going to suck,” clanging.

Apparently, my brain knows me well, because once it was all over but the shouting (er, decorating), the truth sunk in: this wasn’t some white-carpeted (WHITE!) hotel suite. This wasn’t a vacation. I wasn’t going back to my old life. No, this was my new life.

And while it’s a hard thing to wrap my three remaining neurons around, it’s been… okay. Sure, there have been tears and fears (but not Tears FOR Fears because I am NOT an 80’s band) and doubts, but there’s been a lot of freedom, too.

For the first time ever, I’m living life on my terms. I’ve been given the opportunity to take the old, examine it, and toss out the bits of it that don’t work for me any longer and lovingly polish the parts that do. While it’s not an easy process, it’s an opportunity to turn something that’s shattered me into a life that is my own. The ability to take stock of what I stand for and what I don’t.

To put the pieces back together into a bigger, better whole.

While I know the process is going to be long and (at times) hard, I know that I can and will.

I’ve begun tossing the things pieces that no longer fit.

Starting with my hair: 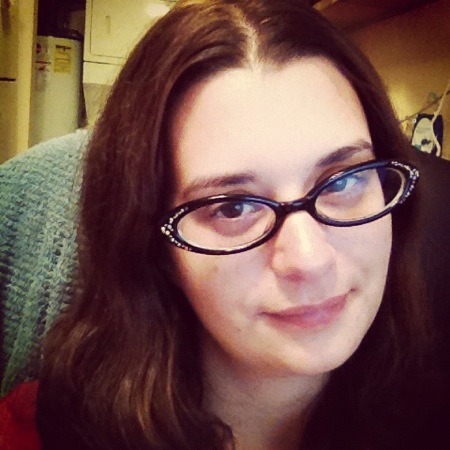 Pranksters, I’d like you to meet Becky, As Herself.

55 thoughts on “Week Three: What Comes Next”