In the 7 years since I began Mushroom Printing, I’ve watched blogging evolve.

As blogging became well-known, there have been plenty of good changes; online friendships and online communities were formed among people who’d had little experience with The Internet, the unique opportunity for self-publishing has launched careers and the popularity of microblogs like The Twitter and The Tumblr soared.

There are, of course, plenty of downsides, too. Companies began to take note of these “blogs” and started their “The Word Of Mom” advertising campaigns, sending out freebies (rather than the actual dollars they’d pay a marketing firm) to bloggers in exchange for a review. Personal blogs began to feel a bit less, well, personal. The blogging community became a saturated market and it was hard for new bloggers to get their names out there.

In that time, I’ve pulled down exactly two posts. The first post was a Go Ask Aunt Becky question about a child recently diagnosed with autism. The post I’d written; the way I’d written it; it fueled a comment war that was more scary and hurtful than helpful to the person who had reached out for help. That was unfair to her.

Astute Pranksters may note that I pulled down the post I’d written yesterday. Not because it was bullshit, or because I hated it, or because I didn’t feel as though I could share it. I’d written my experiences as they happened to me while I paid tribute my cousin. I wanted to explain that those small acts of kindness can stick with you forever.

In the process of giving the back story; the reasons those kindnesses resonated so much, I upset a family member. The damage is probably irrevocable.

When I write, I write with an audience in mind, knowing anyone can read my words. For every post I do write, there are ten others that remain unwritten. I keep my written words and experiences as honest and true as I am able without hurting others. Sometimes, I gloss over bits especially when they make someone else look bad, sometimes I don’t.

Well before I pulled this post, I’d started writing for my friend’s site, which led me to think of all of the words I’ve never written. All of the words I’d wanted to string together but for one reason or another, didn’t. Sometimes, those words remained unwritten because they cut too close to home; because sometimes words, feelings, pain, reactions cannot be explained away by logic. The kind of criticism it would open up would pour salt into an already-festering wound. Others remained unwritten because I didn’t want to cause drama or pain.

Being told that my about my feelings; my experiences, written as I’d felt them as a child, were mostly fiction, I pulled the post; ashamed. I felt cowardly. I feel cowardly. Admitting all of those words; those feelings, to you took a lot for me. Living in denial as I did for many years, well, that is much harder.

I can’t give you a *fistpump* and tell you “I did the right thing” by pulling the post, nor can I say that “I did the wrong thing” by writing it.

There are so many nebulous areas in life, the kind that don’t have clear answers, no villain or victim; and all of my unwritten words, I realized, fall into that realm. Sometimes things just are.

I’m so sorry that my relationship, one I’ve desperately wanted for as long as I can remember, will (likely) forever be altered by those 700 carefully chosen words. They weren’t written in anger, never intended to hurt or accuse. I string words together as I remember them. As I experienced them.

And if that’s going too far, well, so fucking be it. 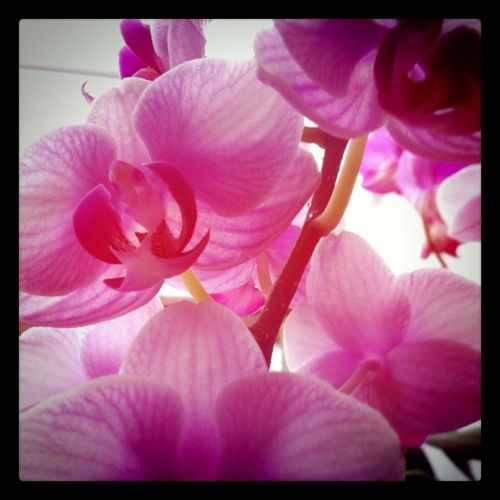