I’m not a big fan of brands. I know that’s the big push in social media right now: branding yourself, but I think it’s kinda missing the point. What happened to writing because you love to write?

I was recently gifted a necklace from Tiffany & Co, a place that I’m fortunate enough to own many pieces of jewelry from, although not the type of jewelry that screams, “I bought this at Tiffany & Co,” because I’m not a fan of advertising for brands. Even brands I love. 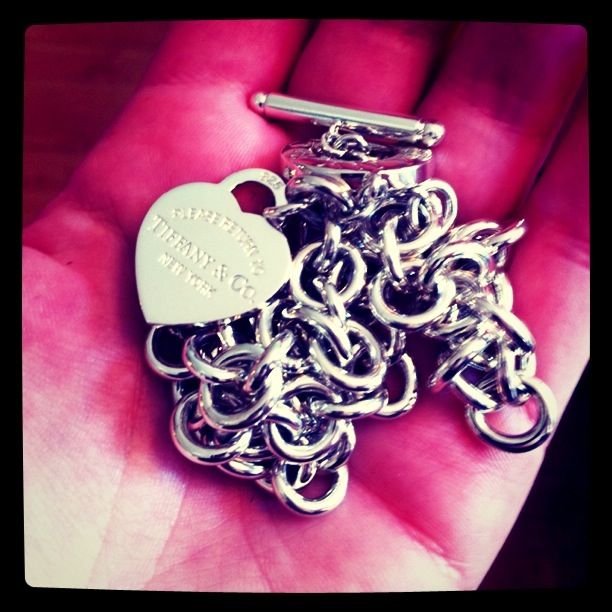 (yes, I know I have an FCUK sweatshirt, but come on. That’s Comedy Gold)

The necklace was a gift from Dave’s previous employer for 5 years of dedicated service. That necklace is not enough.

I didn’t talk much about the problems I had with Dave’s job; not when so many of my Pranksters were facing far bigger economic issues than my own. I didn’t want to hurt anyone who reads my blog by complaining about my piddly problems.

Besides, I know better than to discuss money on blogs. It’s not classy. (we ALL know I put the “ass” in “classy”)

But I did have problems. Big ones. Bigger than I could have explained.

Like anything big, it started small. Dinners left cold as he had to take care of some work issue or another. Movies half-watched, leaving me on the couch alone, wondering if he’d be back to finish. Eventually, I learned that he wasn’t coming back.

Work was what mattered to him and by proxy, it should matter to me, too. I mean, I told myself, it put the roof over my head and food in my mouth, and really, so what if my partner is emotionally checked out even when he’s sitting next to me? So many people had it so much worse. How could I be upset?

But I was upset. I was hurt. I felt abandoned…because I had been.

Rather than things getting better over time, they got worse. The kids and I became horrible distractions, things that got between Dave and work, and he’d snap at us for asking simple questions like, “when will you be done?” or “what do you want for dinner?”

I was known as a “(insert company name) Widow” at age twenty-five.

He started a new job last week, right after gifting me the Tiffany & Co necklace.

I’ve wondered on and off what I should do with it; something that was given by the very company who kept me in house and home but without a real partner. I considered selling it. I considered donating it. I considered marching it into the (insert company name) offices and giving it back; telling them that it wasn’t worth nearly enough.

What’s it going to say?

It seems only fitting.