I’m not entirely certain, but I believe that while I was sleeping, gnomes snuck into my room and scooped out my brain with an ice cream ladle. At least, that’s the story I’m telling myself these days to explain away the decided lack of motivation and utter inability to form even the most simple of thoughts. I’m just not quite feeling…myself.

I’d considered consulting Dr. Google, but then I realized I’d probably be diagnosed as dying from some rare and mysterious illness like “Ebola” or “Dysentery,” or whatever it was that killed me when I played Oregon Trail (by the by, the new Oregon Trail for iPhone app is not NEARLY as awesomely gruesome as I remember it being when we were kids).

So I’m sticking to the Gnomes Stole My Brain theory because it’s more glamorous-sounding. When in doubt, blame gnomes. It beats the hell out of dealing with actual problems, right? I mean, who wants to admit, “hey, I have no idea what I’m supposed to DO with the rest of my life; send a guidance counselor, STAT?” (answer: not me)

Anyway, I’m not overly interested in talking about it because it’s SO emo sounding and really, sometimes I need to take life a little less seriously.

So I went to the Chicago Auto Show last week with my family which is a Sherrick Family Tradition. I think if they ever closed the Auto Show down for some reason, my family would still go down to McCormick Place the second week of February and walk around whatever convention was going on (even if it was like Unicorn Lovers Fair or Charlton Heston Look-Alikes or something) because NO ONE in my family can handle change.

I’d been invited for the social media event the week before (which happened to fall on the coldest day in like five hundred years or something), but between my busted tooth and my double ear infection, I’d decided to skip it and go with my family instead. Plus, I didn’t know anyone that was going and I didn’t really think that going up to rando news outlets and being all, “LET’S MAKE OUT” would be good for anyone.

So, this is what I learned:

0) McCormick place no longer has storage lockers for rent which left me in quite a pickle. I had nowhere to store the severed head I’d brought precisely for those storage lockers. #awkward

1) The Chicago Auto Show had a hashtag and was projecting the tweets sent out onto a big-ass screen overlooking the show. I was glad because then maybe the people who ran the show could possibly look into alternate means of disposal of said severed head for me. Since the storage lockers were a no-go.

(also: I did not realize that tweets were being broadcast until AFTER I’d been running my mouth. WHOOPS)

1) The American Car companies have done the best job BY FAR of working with bloggers, twitter and other social media outlets. I give them serious respect for that.

Also: they did not pay me a cent for that opinion.

2) For as long as I can remember, I’ve been trying to get a DMV picture that looks like this: 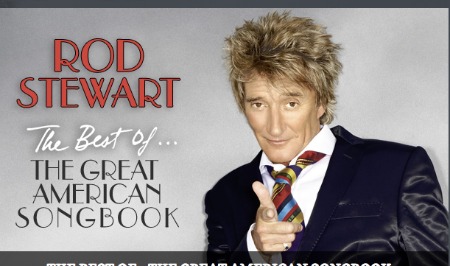 The finger-guns? HILARIOUS. The DMV does not think so and I have thus far been rejected. Or, at least, my pictures always make me look like a knuckle-dragging mouth-breather (shut UP).

This is the best approximation I’ve found.

I’m sad that I do not have Rod’s angelic hair, but alas, one cannot have it all.

2) The first thing my family said upon seeing me was not, “Oh hi, Becky,” but “HOLY SHIT YOU HAVE TO GO SEE THE GUY IN THE THREE WOLVES SHIRT.” So, you should know, Pranksters, that the Epicness of the Wolf Shirt has followed me everywhere. I tried to get a surreptitious shot of me with the guy in the shirt, but was unable to capture it’s splendor.

The Wolf Shirt, it appears, is both elusive and mysterious.

3) It is probably a very bad idea to wear brand new boots to any place that requires walking great distances even if they are particularly kicky boots.

5) Churros are never, ever wrong.

8) The desire for swag appears to be universal. I find it slightly baffling.

Next year, you’re all invited, Pranksters. Let’s get a party bus. I’m so serious that it hurts.

30 thoughts on “These Boots Aren’t Made For Walkin’”