“I’ve never seen one,” the man drank his beer.

In the Lifetime Movie of The Aunt Becky Story which would probably be called something like Stairway to DANGER or A Girl and Her Sausages I would take this post and explain that the reason that I take the opportunity to shed light on pregnancy and infant loss is because I myself lost a baby. Or I’m missing a brother. Or a sister. Or a cousin. Or a uncle. Or something.

But my life isn’t a Lifetime Movie, and even if it were, I wouldn’t be cast as Janeane Garofalo anyway because my hooters are too big, and really, I haven’t lost a baby. No one particularly close to me has.

I’ve known a lot of people through the years that have: neighbors, friends of my parents. One of my first funerals was for a baby and I was probably 8 or 9 and the coffin was so tiny and I remember feeling such sorrow.

Sure, astute readers will note that I had a couple of miscarriages, but they were so early that I don’t need sympathy and now that the time has marched on, I barely acknowledge them at all. I certainly didn’t mourn them when I lit my candle last night.

But when I started blogging, I fell in with the baby loss mommas and I’ve always stayed in touch with them. Maybe I feel a kindred spirit with them, not for the loss of their son or daughter but because I know how it feels to be on The Other Side looking in, I don’t know.

What I do know is this, I know how it feels to sit in a room with a gigantic white elephant sitting in the corner taking up most of the room, trampling your prized orchids and taking a shit on your favorite Swarovski figurines while people blatantly ignored it. It could hoot and holler and clang-clang-clang and people would STILL sit there and pretend that every-fucking-thing was okay.

Most people don’t know how to handle grief and they don’t know that it’s okay to not have a solution to offer. Dave’s like this and it’s one of the rare things we fight about because he cannot seem to comprehend that there are things out there that aren’t, well, solvable. AND THAT IS OKAY.

Sometimes the best thing that you can do for someone who is hurting is to say, “I’m sorry.” Because you ARE sorry.

Treating people who have lost a child or who struggle to conceive or people who have cancer or people who are hurting as though they are contagious and are better to be avoided lest you “bring up bad memories” or to “let things die down” well, that’s cowardly.

Sure, it’s easier to imagine that you’re doing your friend a favor by not calling or emailing or sending a card and pretty much leaving them hanging in the breeze because emotions are hard and they’re ugly and shit, no one wants to see the raw grief that comes with such things.

Trust me. The only favor you’re doing is for yourself.

If you want to be a friend, call. Keep calling. Send an email every time it pops in your head to do so. Talk about light stuff. Let them know you care and that you’re around when they’re ready. Be their friend.

Some day, you’re going to be one of The Others too, because that is life.

Thank you to anyone who left a kind comment or lit a candle to remember all of the lost babies and children. I know it means a lot to everyone involved. I was moved to tears each time I added another name. The list gets longer every time I do this and it breaks me up.

I’ll be back with my regularly scheduled snark soon, so don’t worry, this hasn’t turned into a blog about sad stuff or water safety or how to cross the street or how to start dating after divorce (all things I’ve been emailed by people to talk to you about)(I know)(what.the.fuck?)

Until then, I leave you with this: 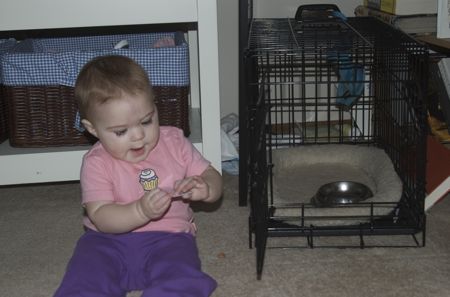 How the hell did she manage to bust out of her cage? AGAIN?

99 thoughts on “The Others”