So I read somewhere on the Internet (and we ALL know that the Internet doesn’t lie) that the end of the world is coming, which reminds me of the OTHER time the world was supposed to end and WHOOPS! everyone woke up the next day all, wait, I thought I was supposed to be all raptured and shit. AND MOTHERFUCKER, I HAVEN’T PAID MY BILLS BECAUSE I THOUGHT I’D BE DRIVING A BUS WITH JESUS TODAY.

Since I’m not subscribed to Hysterical Hysteria Quarterly, I decided that it was time for me to do a little digging about this whole “world ending” stuff. I mean, why scoop cat poo if I’m going to be raptured or eaten by a gigantic alien or something? I started at the most logical place I could think on: the weather. I mean, if they can predict that next Sunday will be warm with a chance of dry air, they should be able to see that THERE IS NO WEATHER AFTER WE ALL DIE BY MASSIVE MAYAN ZOMBIE ATTACK. 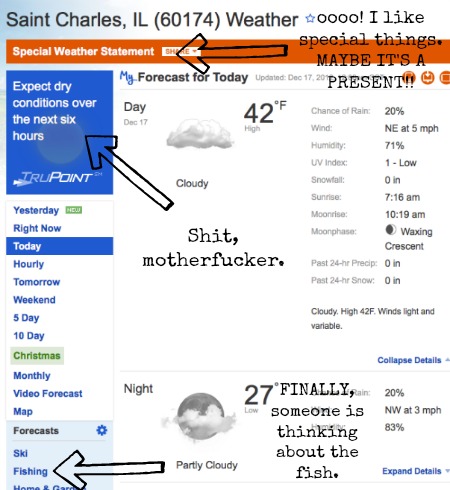 Okay, so I can expect it to be partly cloudy with a chance of nosebleeds. At least someone is FINALLY thinking about the fish. Well, that was yesterday’s weather. What’s coming up? THAT’S THE QUESTION. 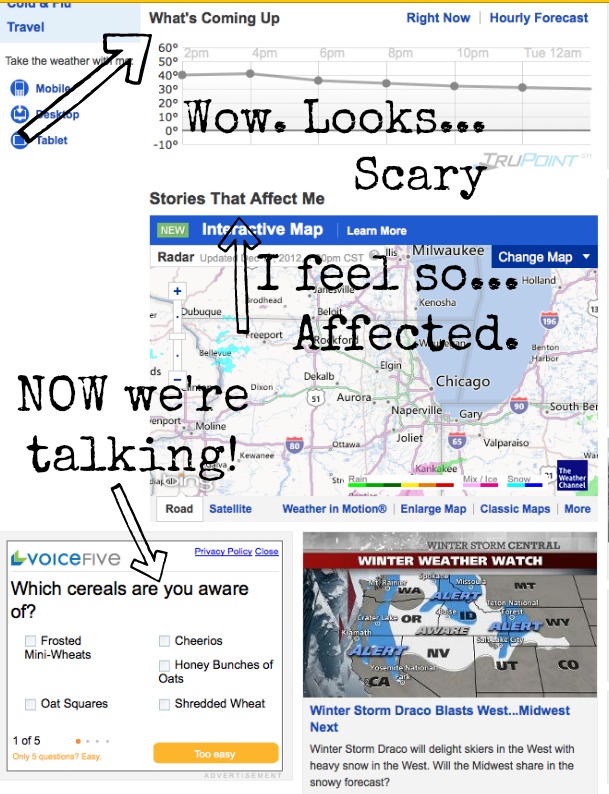 They have NO idea how many cereals I am aware of.

And frankly, I want to be the one who names storms. Draco? C’mon, we can do better than that. How ’bout, “RUN FOR YOUR LIVES winter storm?” Far more hysterical sounding. I appreciate that.

Okay, let’s get on with the ten day forecast. I bet that’ll tell me whether or not I should pay my cell phone bill. 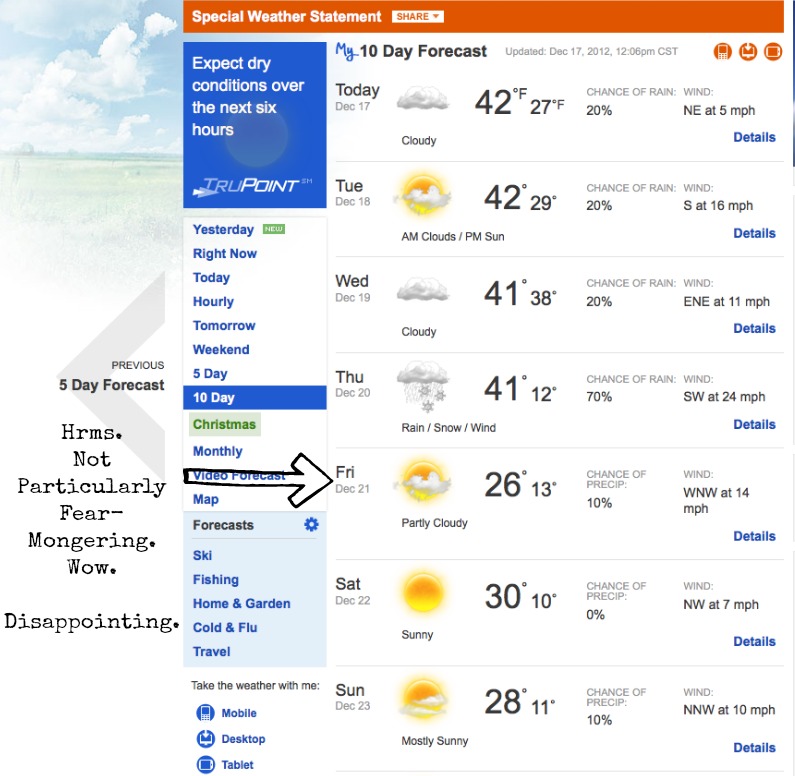 Okay, that’s just disappointing. I need to fix this. 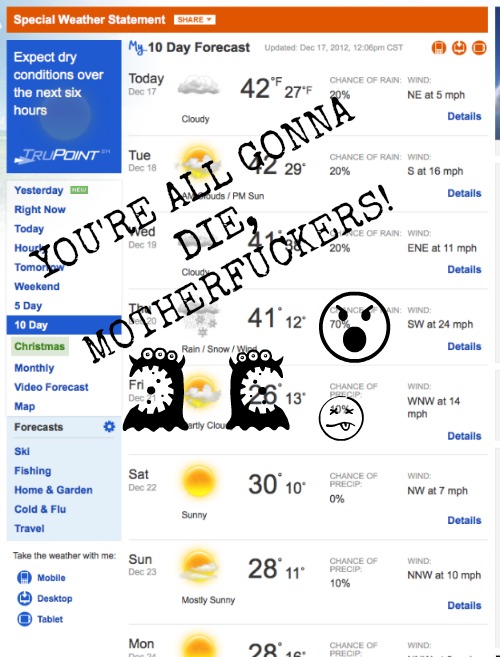 Wow, that’s so much better. I think the monsters really add something to this weather chart.

But really, I didn’t get the info I was looking for. It was time to turn to alternate sources. Like the gossip blogs.

Okay, now I not only feel out of touch, but any of that awesome fear-mongering is totally gone. Shits. Time to turn to The Twitter – certainly THEY know something I don’t about this end of days and shit. 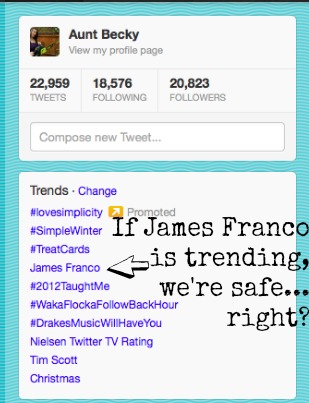 James Franco? Is he part of this “end of days” shit? I think not. Then again, I can’t recall a single movie he was in, so there’s that.

The Twitter, you failed me. That’s shameful, considering you’re my only source of news out there. 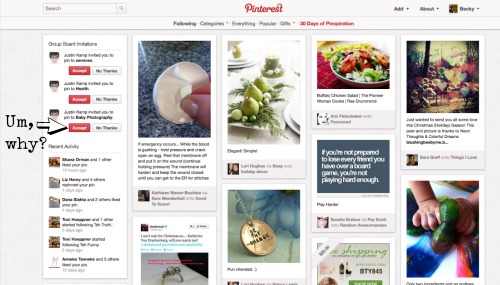 Shit, even my archenemy Pinterest, where I go when I want to feel bad about myself, has nothing beyond some adorable ways to turn random household shit into a particle ring.

Well, the Internet has been absolutely no help in my search for the answer to this burning question: will I need to buy more cat food?