Hold your nose, ’cause here goes the cold water

When I started blogging in the Dark Ages of the Blog, most of the blogs I came across were on LiveJournal, which is sorta like the Facebook of today. People posted pictures of their food, vaguely-directed passive aggressive insults to (presumably) other LiveJournal users, and various GIFs. There was very little of the actual person represented, which I found somewhat tedious: tell me your juicy stories, tell me what you’re really going through – I didn’t want the made-for-television version of, well, you and your life. I wanted the unsanitized truth, not perfect pictures of perfect families living perfect lives with expertly executed decor in their perfect house. If I needed to feel badly about my highly imperfect self, I’d have picked up a magazine.

Sometime while I was sleeping or eating cheeseburgers or both, it all changed. Blogs (or the blogs I stumbled across) became substantive. I learned – really learned – about the lives of these people. I mean, their lives stripped away from the pretense of achieving perfection. When I’d find a particularly awesome blog, I’d start at the very beginning and work my way to the present – creepers or not, I felt like I’d gotten a window into someone else’s life, internet voyeurism at it’s finest. Good or bad, I felt like I knew these people and was easily entangled with their daily lives.

I’d seen it all, from how they like their morning eggs, to how much they loathe their in-laws, to their biggest insecurities, and then …. radio silence. I wanted to know more, and if I couldn’t have that, whelp, I wanted to hear the end. A neat summary of why they’d stopped blogging. I mean, yeah, sure, they’d make the occasional return to blogging Christmas-card style: bullet points, updates, and follow-ups, but you could tell that their heart was simply no longer in it.

When I took to Mommy Wants Vodka, I couldn’t imagine the idea of an “end.” People’d ask me, “why do you blog?” and my answer was usually something along the lines of “I can’t NOT.” My compulsive nature took over and writing was simply something that I just did.

When my life took a swift veer into the shitty, I, too, slowly stopped. It didn’t fulfill me. It made me anxious. It made me unhappy. It scared me. Between my divorce and my rampant drug use, I simply had nothing more to say. My words were gone, my life was in shambles, and every time I bounced to the bottom, there was an even worse, more gruesome bottom for me to hit.

And my blog succumbed to the fate that so many others had before me. It was over. Done. Fin. (insert some other foreign words for “piece of shit”)

It’s bothered me ever since.

There’s some quote or something literary that goes something like “if you hate where you ended, keep going.” Actually, I think it’s more like, “if you don’t like the ending, then it’s not the end” which sounds a bit clunky to me, if I’m being honest.

Which is why I’m back. To put something to bed that should’ve been done a long time ago. I need to give this battered old bag ‘o’ bones a proper send-off. Can’t say when or where it’ll end, because I’m not done yet.

I’m only getting started.

That early, early morning, the July sun filtered languidly through the windows in the basement of the church, where we sat waiting for (what I called) “Marriage Class.” I looked at Dave, half rolled my eyes and he smiled at me. Not a child of the church myself, churches made me anxious – I always felt that in church, God, or the priest, or the hobo outside would scowl down at me for not being “chosen,” or “Godly,” or “good enough” to walk those hallowed halls. It’s kinda like that when you grow up having been baptized in a stream while Joan Baez sang tinnily from the boombox: you’re always outside looking into The Church. You can’t sing along at funerals, your idea of prayers at dinner include the always-catchy “Good food, good meat, good God let’s eat,” and you NEVER quite get when precisely you’re to bow your head or say an “Amen.” When we’d decided to get married in a church, this Marriage Class was part of the requirement, and there we sat, itchy and feeling decidedly UN-holy, waiting for the end of the class the moment we sat down.

If I am being completely honest, despite my discomfort with Church Things, the class was a good idea. It wasn’t all “RESPECT THY HUSBAND AND THE TINY BABY JESUS;” it was more about learning navigating life with another person, which, as you all know, is harder than nailing Jello to the wall, but we were bored. We’d already done the co-habitation, the kid-rearin’, and the Life Plan (tho my goal is “don’t die,” so perhaps I am not the best person to make any sort of plan with) and we’d both become well-versed on the way that nothing quite goes as planned. Three painful, boring, dusty hours later, we were handed a test. I squeed with joy – fresh out of nursing school and my NCLEX victory – I love tests. Pink-puffy hearts. I love tests so fucking much that our marriage would’ve likely had a quite different turnout if everything was multiple choice.

This was a personality test, so while there were technically no wrong answers, I deeply understood that some choices were simply better than others. I gave a “I’m gonna win this shit SO HARD” sneer to Dave, who laughed, before saying, “I’m gonna kick your ass SO HARD.” He choked on his now-cold coffee, snorting it up his nose. “We’ll see,” he bantered back.

When I graded my test (SO easy! Stupid Meyers-Briggs! SAD!) I was left with a bunch of letters. Four of them: ENFP. I was singularly unimpressed. Dave got some other ones, I can’t recall which, and we compared notes, which seemed as good as any a way to pass the time when everyone else was still taking the test. We did a minor victory dance, gloated at what was certain to be the best test compatibility in the history of EVER and waited to hear the interpretation of the (teacher? pastor? priest?). After what felt like an hour and a half (it was 12 minutes), he made his way to us, and I preened as he read over our tests, his forehead creased and flickered very briefly. I looked to Dave for reassurance but he hadn’t noticed. What did that flicker mean? Were we extra awesome? Were we a terrible match?

The (teacher? pastor? priest?) tried to assure us that we’d be okay … probably. He explained in elusive terms like “connection” and “mutual interests” that confused me more than reassured me. He mentioned “opposites” and “attracting” but warned us that things could be tough for us, which I quickly compensated to mean “we’d overcome ALL THE THINGS.”

I mean, what couple goes into a marriage expecting it to blow up? No one truly wants to believe in divorce.

But, like all things nasty in life: child loss, miscarriage, mental illness, abuse, rape, chronic illness, and cancer (to name a quite narrow few), you don’t believe it’s going to happen to you, because you can’t believe it could. Like you’ll live forever without the nastier bits and complications because you’re special, well, you’re going to have a long fall from that high horse.

I can assure you that I did.

And it took me a hell of a long time to truly get back up.

In most endings, there is also a beginning. 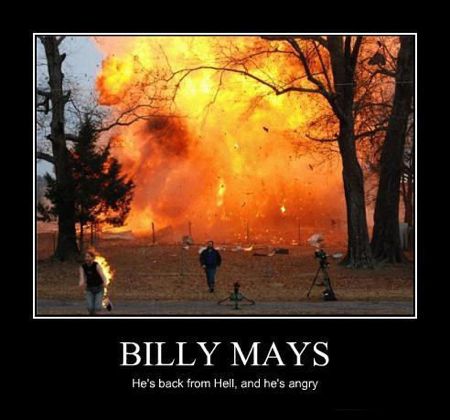 2 thoughts on “The Beginning in the End”