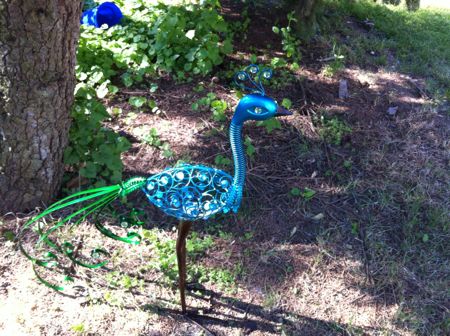 He’s also the culmination of approximately 291,727 years of work on my house.

Some people, they get stressed and eat a cake. Others drink a bottle of wine. Still others go on mad shopping sprees until they’ve amassed a houseful of garbage and appear on Hoarders so that I may watch and then go clean my house obsessively.

When my kids were little and I got stressed, I’d vacuum. My formerly white carpets were spotless* whenever I had a particularly bad week (read: year). They were too small for me to bundle up and take out back so I could do what I really wanted: to get into my garden.

I know there are babies out there (reportedly) who sit in things like “strollers” and “hang out calmly,” but I’m telling you Pranksters, THOSE BABIES WERE NOT MINE. I got more snide comments from people – “well, I didn’t GIVE my child the option to NOT ride in the stroller,” during those years. I never responded with – but should’ve – “wanna give it a shot with them? How far can you take ’em before DCFS gets called due to reports of child abuse?”

I’ve owned three strollers. One was a shitty Graco stroller that made an uncanny clicking noise when we walked. Ben – as a baby – screamed whenever he got near it**. The second was an umbrella stroller I could occasionally coax my then-five year old son Ben into. The third was the Cadillac of Strollers (some overpriced Bumbleride), which I bought for Alex. That fucker is still sitting in my garage like an albatross, reminding me that I could’ve WAITED to see if my child would actually allow me to put him down.

Anyway, when they were small, gardening went like this:

Daver: “Can you take the kids?”

Then the kids would stand sadly at the window, like a pile of weeping puppies, pointing at me until I let them outside.

I got nothing done unless it was naptime or bedtime (for babies).

That’s a fucking shame: the previous occupants of my home had let the landscaping done by the previous PREVIOUS occupants go to shit – the house was shrouded in bushes. My house, overgrown with bushes, looked remarkably like a serial killer lived here. 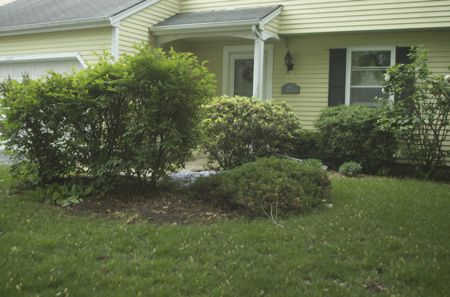 This was AFTER I’d removed a couple of bushes.

Turns out the seventies bush wasn’t just for pubic hair.

I was super embarrassed. Like, you can only claim, “it’s from the previous occupants” for so long before people start rolling their eyes.

Yes. Those are fake flowers. In the middle of February. It took a long fucking time to get rid of all that shit.

Luckily, I have. My house, while still a horrifying shade of yellow (the insurance quote only noted hail damage on TWO of the four sides = fuckers), is finally becoming something I’m not entirely horrified to show off. 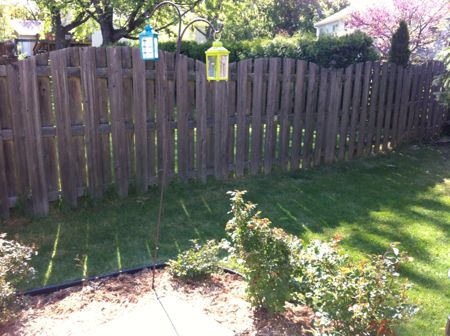 I planted a rose garden. The gutter guy totally knocked one over and I am thinking about paying him a “visit” with my “shovel.” 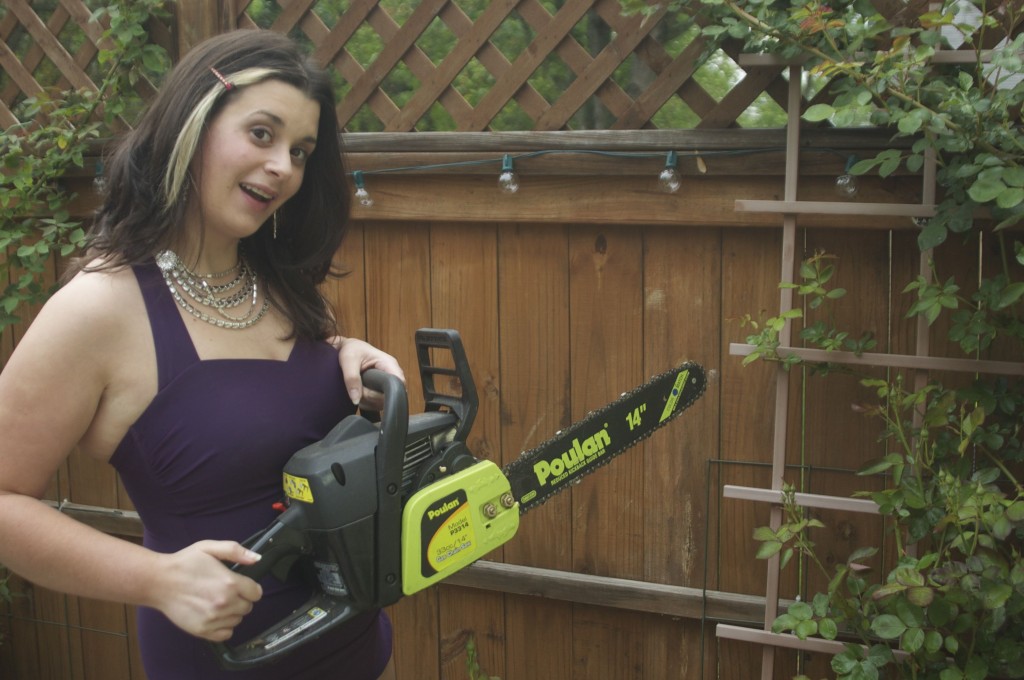 I planted more roses. And gardened in a swim suit.

(don’t judge – I had the stomach flu) 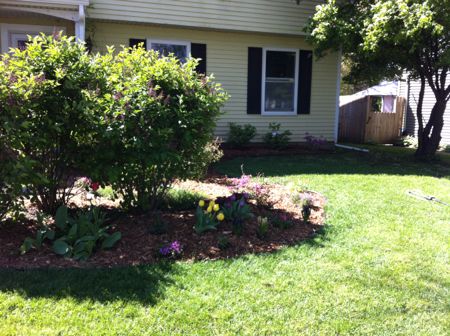 So thank YOU, to the stress of the last few months, for allowing me to whip my yard into shape.

I think it’s time for a Prankster-Only Encased Meat Festival. Who wants in?

**He also, I should report, screamed when the sun shifted to a forty-five degree angle, any time anyone said the word, “the” and from 4-10PM on every day that ended in “day.”