On Monday, the UPS guy came to my house. Generally, that signifies something a) FULL of the awesome or b) mind-numbingly boring, but this week, I hadn’t ordered anything. So I figured it was probably the dyslexic UPS guy delivering something for my neighbor. Which is option three, I guess.

However, the package was addressed to me and it weighed approximately 600 pounds. That had to be good, right?

(I learned one year, after my brother wrapped up a small book in a large television box that size really doesn’t matter)

Eagerly I tore into it, confused as to who had sent me anything – forgetting it had just been my birthday – and came to a nicely wrapped box from my friend Crystal.

In it, I found this: 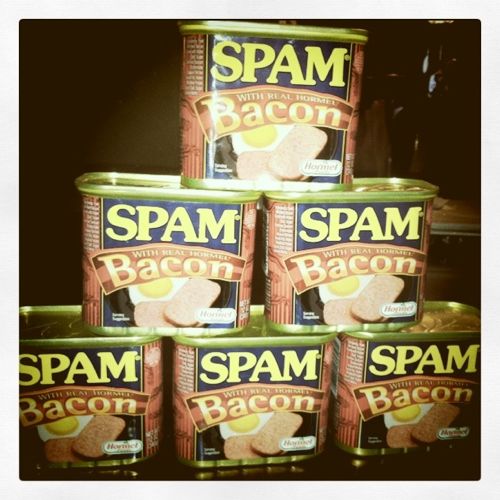 While I do admit to an unnatural love of encased meat products, my love does not and has never involved Spam. Especially Spam with bacon. There’s just something so terribly wrong with this.

I gagged as I neatly placed them in my china cabinet, next to the Cock Soup another Prankster sent me, and realized precisely what this Spam needed. 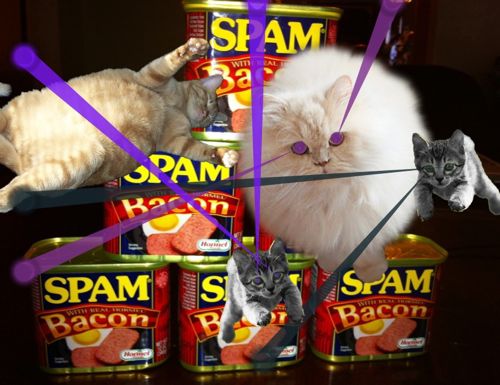 Fucking cats with fucking laser beams coming out of their heads.

I have the best Pranksters ever.