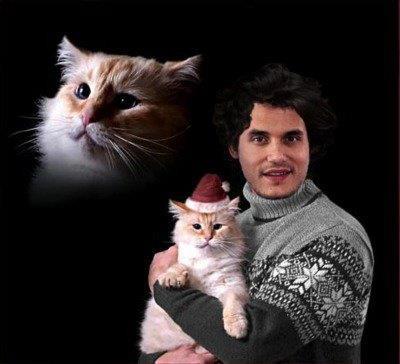 After what felt to be 27 years – but was more likely to have been 27 minutes – I decided that one melting down child (read: me) was enough; it was time to return to our humble room to watch some … whatever people watch in hotels that isn’t porn. When I’d skinned the kids of their wet suits, much to their vocal displeasure, I noted that they were covered tip to tail in a rash. Attributing it to over-chlorination, I felt, for the first time, pleased with the hotel. We all know kids whiz in pools with alarming frequency and by the rashes on their bodies, I figured that even if some kid dropped some pipe in the pool, it’d probably immediately be reduced into an effervescent chemical reaction that looked remarkably like pool water. The kids, on the other hand, weren’t as comforted as I. Instead of doing the right thing and plunking them into the bath, instead I tried to rub hydro-cortisone cream onto their skin.

I halfway expected DCFS to break down the doors with the screams Mimi was emitting, noting that while they didn’t quite sheer the ugly “tropical” wallpaper from the walls, it came damn close. Feeling like total shit for making things worse, I tried to make it up to them without much success. Finally, my father returned with Culver’s which, at the very least, provided the distraction needed to move on with the evening with our eardrums intact.

We picked at the food until we deemed it “done” and began the task of cleaning the room. As I hadn’t known when we’d be lounging against the machine, I’d declined maid service for the day and embraced shopping instead. Besides, I’m perfectly capable of cleaning up a mess made in part by me and in part by those who (unfortunately for them) share my DNA. The Littles sat on the bed watching Minecraft videos and lamenting the snail’s pace of the hotel wireless while I busily cleaned the room, getting ready for the ultimate in sucktastic jobs – packing.

Soon the room was nearly clean and I steeled myself for the packing project by staring dejectedly at my suitcase, hoping that some magical packing fairy would come along and pack for me. I’m absolutely uncertain how – without purchasing a single thing – every time I go to pack, my crap has multiplied. With the kids? It’s like eleventy-niner times the amount I’d brought. When no magical packing gnome fell out of the sky or someone’s ass, I got ready to get down and dirty.

That was when something caught my eye.

Earlier that day, we’d thrown what was supposed to pass for food down our throats. I sadly ate my boring oatmeal as I jealously watched my eldest devour a chocolate chip muffin. I don’t know if the muffin was supposed to be “extra mess-worthy,” but I swear to you, Pranksters, I’ve never seen a muffin end up spattered on walls, in the hallway, and in the bedroom next door. I’d assume it’s simply Ben’s amazing ability to eat without actually getting food in his mouth, but without further inspection, I didn’t particularly care.

So that’s what I assumed it was.

Because I am not a complete dick*, I grabbed some tissue to pick up the chunk on the floor – no reason to make more work for the maids, who, I’d assumed, lived in a perpetual homicidal state after cleaning up after kids all day, every day. It was, I figured, the very least I could do. Only after I’d absentmindedly picked up the chunk on the floor did I realize what it was. It wasn’t muffin wreckage. It wasn’t the remains of the airplane that vanished. It was decidedly not brownie batter. It wasn’t the Lindbergh baby or that huge ass diamond from motherfucking Titanic. It wasn’t even Carmen motherfucking Sandiego.

It was a chunk of shit.

Horrified, I threw the offending turd into the garbage can and practically elevated to the bathroom to scour my hands. The kids, sensing something was wrong – I think it was the screaming and retching that tipped ’em off – stared at me all wide-eyed. I stared back at them, remembering all of the times I’d said “jeepers, mister, this room smells like a fresh dook!” when it dawned on me – without maid service in the room, the remnants of someone’s colon had been sitting on the floor since we’d checked in. We’d unknowingly slept in a hotel room in which someone had laid pipe.

Someone’s entirely digested breakfast had made its way from their colon onto the floor in my hotel room. Crawled? Deliberately placed? Oops I crapped my pants? Carelessly tossed from a rectum? Gnomes? Vampires? I scratched at the inside of my brain and could come up with no good reason why a pile of poo had been left in the room. And I knew I never would.

It was then that I suffered a complete break from reality:

“We’re all gonna have so much fucking fun we’re gonna need plastic surgery to remove our goddamn smiles! You’ll be whistling ‘Zip-A-Dee Doo-Dah’ out of your assholes! Holy Shit“

“I think,” Alex said to his sister, “Mommy needs her medicine.”

15 thoughts on “What Was Decidedly NOT Brownie Batter”