In order for me to Get Less Anxious, I’ve been doing a lot of purging. Getting rid of what’s not important. There’s a lot of noise and crap (literal and figurative) out there and if you’re not careful, it can take over your life.

This week, I braved the Salvation Army drop center, where I swear to you, Pranksters, they judge my stuff before begrudgingly giving me a tax receipt. I did end up holding onto a few things. Maybe I will hold an Internet Garage Sale to raise some money to try and turn Band Back Together into a Non-Profit (I’m guessing it takes more than just batting my eyelashes and swinging the word “bullshit” around).

I came across something in my garage, buried under the piles of stuff to be donated; something I’ve never quite known what to do with. 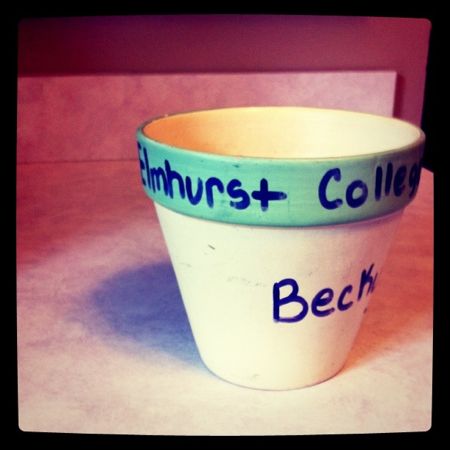 Let me back up a second.

In 2002, a freshly single mother living at home with my parents, I’d realized that I needed to figure out What Next. Since toddlerhood, I’d planned to be a diamond-encrusted, world-saving doctor. Newborn on my hip, I realized this was probably going to have to be put on hold until said infant got a little, well, bigger.

Half a degree in bio/chem meant that I could handily enroll in nursing school, which was, at the very least on a similar plan, and wouldn’t make med school too far a distant chipmunk on the horizon.

The first year, I spent doing the typical freshman pre-reqs, falling in with a motley crew as I commuted by train to the closest school that I could get my bachelor’s degree in nursing. I earned the nickname Super Becky Overachiever, acing all the exams (a degree in bio/chem is far more rigorous), becoming a TA for inorganic, organic and biochem as well as picking up some tutoring gigs for Anatomy and Physiology I and II.

Sweet ASS, I thought, as I patted myself on the back. I loved being busy, feeling useful, and doing something with myself back then just as I do now.

The first year of nursing school dawned and I parted ways with my homies from my pre-req days. They had another year before nursing school, so I’d be meeting a whole new set of people. No bother, I figured. I tended to get along with just about everyone.

When I walked in that first day, thirty pairs of eyes glared at me. To this day, I don’t know why I was met with so much hostility, but there it was, and there I was. I slurped my coffee, smiled a big ole fake smile, walked to the back of the class and took a seat.

The instructors bounded in applauding, “AREN’T YOU JUST SO HAPPY TO BE HERE?”

No, no I was not. In fact, this was not at all where I wanted to be, but I grinned uneasily as I looked around at my classmates; the ones I’d be stuck with for the next two years of my life.

Everyone else beamed, nodded, and started applauding back.

I tried to make nice. Really, I did. As a (former) waitress, I can bullshit with the best of them, but man, these people, I couldn’t crack ’em. For the next four (four!) hours, I sat there, alone in the back row, listening to a discussion about wiping butts, properly changing sheets, and bedpans. Each point the instructor made, punctuated by a question or comment from my classmate about something inane.

“One time, my grandma had the bed made wrong at the hospital.”

“Our bedpans at the hospital I work at look different.”

Four hours a week of this, four days a week.

I walked back to the train, alone, and I wept. Not the kind of cry that leaves tears dribbling out of the corners of your eyes, oh no. I sobbed. I sobbed so hard that cars passing by stopped and asked if I was okay. No. But I would be.

My heart was broken.

I did what I always do: I made the best of it. I befriended the other outcasts. I zoomed to the top of my class, got invited into the prestigious nursing honor society, while slouching in the back, playing Bejeweled on my phone. Every time I got discouraged, I reminded myself that this was temporary.

I developed an incredible respect for nurses. Still have it.

I wouldn’t be where I am without where I’ve been or what I learned.

A couple of weeks before graduation, there’s a big thing for nurses called a “Pinning Ceremony.” It has nothing, I learned, to do with wrestling or sex. First, you get your picture taken, something I didn’t want to have done (I’m a rebel like that, and really, who the hell wants a snapshot of a twenty-five year old?), but my friends all insisted. 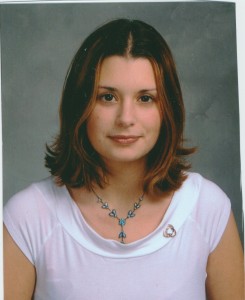 I love the surly face.

Anyway, there’s a big ceremony, a bunch of yapping, and we get pins. 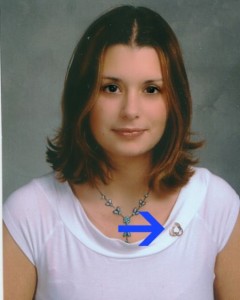 That’s a nursing school pin. (also, like my retouching job?)

The night of the pinning ceremony, it was unveiled that some of the class had made each of us a gift from money leftover from something or another.

I don’t remember precisely what the ceremony involved, only that I spent most of it thinking about a) how hungry I was and b) listing the periodic table of elements (Hydrogen, Helium...) in my head. I probably played Bejeweled on my phone. Afterward, I went to the alter to collect my gift, the flowerpot I still own.

As I was looking for my name-flower pot (what the fuck was I going to do with that?) two nearly identical very short, very round woman with matching tight perms and haircuts so short they like tattoos waddled angrily up to me.

One of them shook their finger accusingly in my face: “WHERE IS NADIA’S?”

“Huh?” I replied. Nadia was a classmate who, well past the normal age of the graduating class, spent most of her time bitterly gossiping with her friend Melissa about everyone else. She especially hated me because, knowing I didn’t want to be a nurse – her life’s ambition – and beating her test scores seemed to mean that I was an asshole. (I am an asshole, but not for that)

“EVERYONE ELSE HAS A FLOWERPOT. WHERE IS NADIA’S?” the woman spat at me. Clearly, sparkling personality ran in the family.

I shrugged. I hadn’t been in charge of the flowerpots. Didn’t care about Nadia or her flowerpot. She could have mine if it meant so much to her.

The two woman stood there, on the alter of a church, no less, firing insults and complaints at me. I walked away.

It was a perfect end, really. 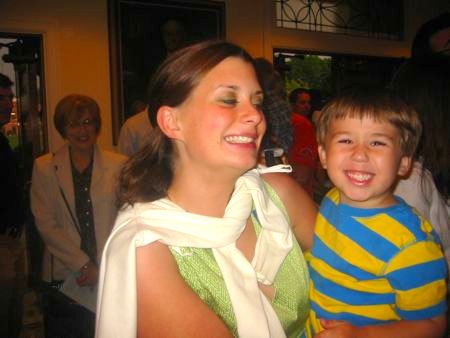 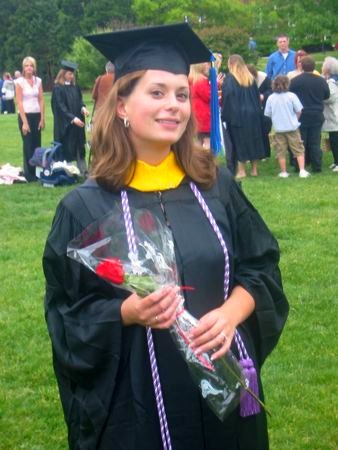 And now I have this completely useless flowerpot in my garage. Generally, I hate useless things. But I feel as though I should want to keep it. Or smash the shit out of it. Or something. Yet, I don’t. Which is why I’ve held onto it for so long. I just don’t quite know what to do with it, so I do nothing. It sits there, quietly haunting me, reminding me gently of where I’ve come from.

47 thoughts on “Reminders Of What Never Was.”