Tomorrow, I will surgery.

That sounded so epic in my head. Like something you’d hear from a particularly dramatic scene in one of those annoying dramatic movies I don’t watch because they’re filled with trite dialog like, “Tomorrow, I will surgery…” stares off into the distance poignantly, perhaps clutching a heart locket or maybe a tattered book.

Either way, I’m scheduled to go under the knife tomorrow sometime. Because it’s the hospital, they don’t exactly GIVE you a time and then stand by it or anything. Dave can’t comprehend that, which means it’s a good thing he doesn’t work in medicine, or his head might explode into pulpy bits because he simply cannot comprehend how something cannot be at! a! given! time!

I mean, I get it. When I worked as a floor nurse, people would be all, “when is radiology coming to get me for my imaging study?” and I’d be all, “sometime today,” knowing ‘today’ is a nebulous concept in a hospital, where variables upon variables stack upon one another. Someone urgent needs the CT scan or the OR and you get booted from your time slot. Tough shit, home slice. Except you can’t SAY that to a patient even if you want to because, well, OBVIOUSLY.

So I’m assuming that I’ll have surgery. Except that maybe I won’t. Because shit happens, man.

But in the event that I do indeed have The Surgery, I’m really excited. I’m nervous, too, but really, I’m excited. It’s nice to finally be able to have a dream that I can accomplish. Okay, that was too Lifetime Movie of the Week for me.

In the event that I have The Surgery tomorrow, I’m thrilled because I’ll FINALLY have an excuse to lay around pop pain pills while I make others do my bidding. THAT is pretty much my life’s dream.

And uh, DRUGS ARE BAD, KIDS, Look at Your Aunt Becky. You don’t want to turn out like Your Aunt Becky. Remember that the next time you’re offered drugs by a gang of peer-pressuring street thugs. Or Lil Wayne. He’s a walking anti-drug campaign. 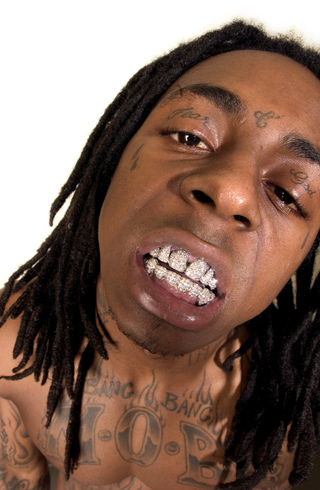 Hopefully, I won’t die. Because that would suck.

I’ll update as I can from the hospital (yay! WI-FI) as I am staying overnight and likely housed with a roommate who will probably be a total psychopath, which means I will get zero sleep, so YOU will get drug-addled posts about the BUBBLE PEOPLE ATTACKING ME ZOMG THE BUBBLE PEOPLE, but I may or may not be up to returning emails.

Especially if they begin:

Also: Wrote about body image at Toy With Me.