On August 20, 2001, after nearly 24 hours of hard labor, my husband’s first son, Benjamin Maxwell, was born. He was hundreds of miles away, out of state, likely on campus for class, and I have no way of knowing if he knew that his first child had been born.

Did something stir within him at the highly civilized hour of 2:50 in the afternoon? Did he shiver as his son drew his first breath and screamed his bloody head off? Did he stop for a second, not knowing why, as his some-day-will-be-wife cried as she looked at her new son for the first time, marveling at his beauty and how damn HEAVY he was?

I don’t have any way of knowing that, of course, and The Daver, he doesn’t remember. The pictures my mind paints, though, that’s what they all look like. Two realities, separate, then intertwined.

The Daver, he met Benner and I when Ben was two and I was twenty-three, and while he confessed to being nervous about dating a girl with a kid, all traces of nerves were evaporated when Ben raised his stubby arms up to him to be carried across the street for the first time. When Ben wrapped his arms around Dave, a father was made.

That night, on the drive home, Ben spoke one of the only sentences he had, and certainly one of the only ones he’d made up, “Awww…..(sniff)….BYE DAVE.” The kid, he loved his Dave. For an autistic kid, that’s huge.

From then on, they were like cheese and macaroni. When Ben was obsessed with the planets, Dave had a friend paint the walls of Ben’s bedroom in our condo with Jupiter and Mars. When Ben needed to potty train, Dave went to poop class with me. When we needed to find a preschool, Dave helped me look.

When we got married, Dave asked Ben for my hand in marriage. Ben didn’t hesitate before he said said, “Yeah, okay!”

After Ben walked me down the aisle, he stood up as Dave’s best man, and Dave’s vows to Ben had the entire church weeping. I could have skipped the white dress entirely (and trust me, I would happily have done so. I am SO not a wedding person) and left my kid and his dad up there alone. 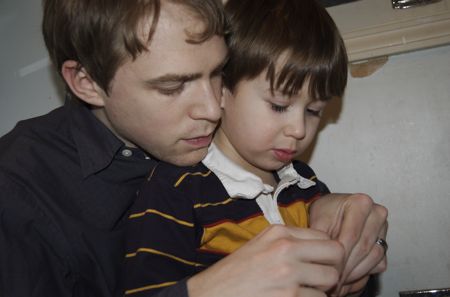 2 years after we were married, March 20, 2007, Ben became a big brother and Dave became a father once more. I don’t know who was prouder. I still don’t, actually. 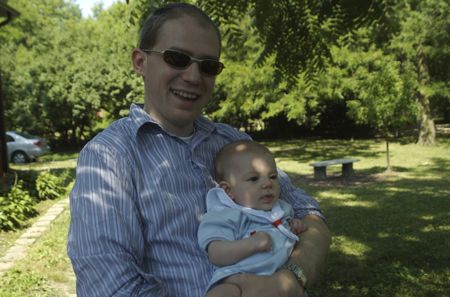 2 years after that, Ben and Alex became big brothers and Dave became a father for the last time. 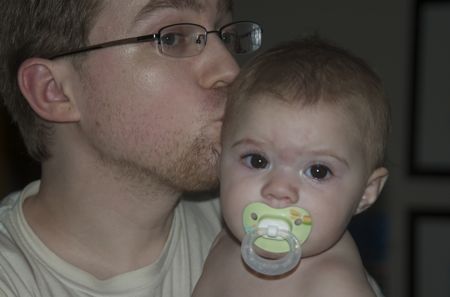 Fathering a child may be easy, but being a dad, that’s the hard shit. I know that.

And Happy Father’s Day, The Daver. We’re damn lucky to have you.