Back in 2003, The Daver, being The Daver, saw the Discman I used on the train to and from school. He felt sorry for me, my pathetic Discman and collection of badly scratched CD’s.

He kindly gave me this: 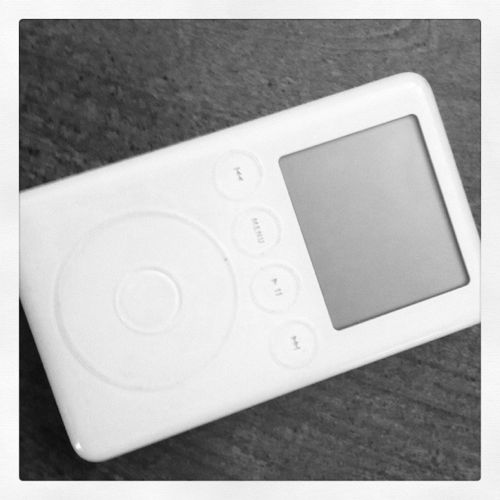 It was the first generation iPod, 40 gigs of swinging death in a neat, cigarette-box of a case. It was also WAY over my head. I had no idea what a “gig” was if it wasn’t a band show, and the idea of putting music in a cigarette box made me suspicious.

But I fell in love with it.

I had it until The Daver took it back for some reason or another (I’d probably scratched it or something). I replaced it with this: 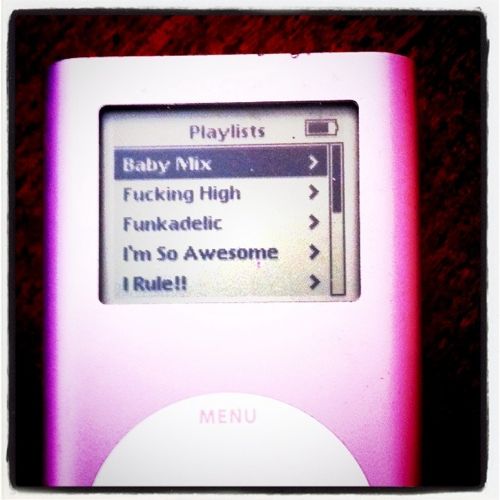 They’d been out of the green iPod mini I’d wanted, so instead I got the pink one, waggling my tongue at The Daver, whose iPod was now twice the size of my sleek Mini.

Last year, I decided that it was high time for a NEW iPod; the Nano. A chorus of “what the fuck’s?” met me when I showed off my new purchase. I do, of course, have an iPhone which neatly serves as an iPod as well.

I waggled my tongue maturely at the nay-sayers and explained that it was mostly for working out. The iPhone AND the iPod Mini weighed like 97 pounds and really, I couldn’t charge the damn Mini anymore. No power cord.

I’ve used it every day since. Beaten the shit out of it. Planned to continue beating the shit out of it because, well, the first two iPods still work. They’re like magic. The Nano, I figured, would last me forever. 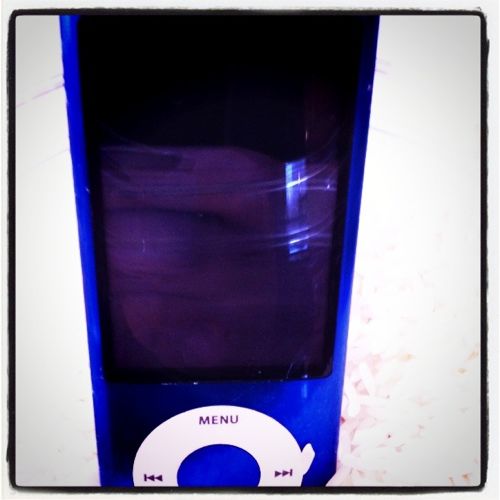 I pictured us running off into the sunset together, me and my Nano. That is, of course, until my crotch monkeys left it in a puddle of bubbles on Sunday, sabotaging our relationship. Possibly, my life.

*flops about the house*

Oooh! I can buy a SNAP BRACELET HOLDER for the new iPod.

On second thought, maybe I’ll buy my kids a pony instead of disowning them.

32 thoughts on “(no longer) Together Through Time.”