I heard through The Twitter that there was some stupid mess over a commercial involving a mother painting her young son’s toenails. Apparently, there was some outrage over it. Who the fuck is outraged by such a thing?

Also: I’ve never seen it because I prefer to be smug without proof that the commercial sucks.

A loyal prankster (thank you Charlene) sent the offending ad into me. 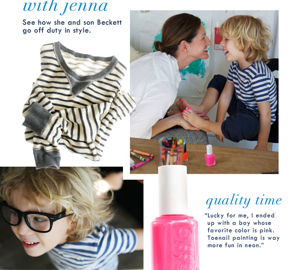 Um. How inoffensive is that? It’s fucking CUTE.

I used to paint my son’s toenails because, well, he asked me to, and why not? He was a little boy and if he liked pretty toenails (like Mom’s), who was I to deny him? It was charming, really.

When my eldest was five, I got pregnant with his brother. So, I bought him a doll of his very own to play with. He loved that doll, “Seth,” and somewhere, Seth, a little gnawed upon, perhaps, still lives in my house. It took me ages to find him a doll that wasn’t swaddled in all things pink. Apparently, toy manufacturers aren’t keen on dolls dressed in blue.

Happily, I took no end of grief for Seth. My son will probably grow up to be a father and when he does, he’ll know how to properly care for a baby.

When I was pregnant with Amelia, Seth got a friend, “Amelia.” Another doll for both of the boys to care for. And they did, properly carrying their dolls around, feeding them with play bottles and pushing them around in their respective strollers.

(okay, Alex frequently tried to poke out the doll’s eyes. So?)

Again, I took no end of grief for it. I just rolled my eyes. Like dolls are going to “make” my boys gay or something.

(and if they are gay, well, so? I’d be fine with a gay son OR daughter)

For Christmas one year, I bought my son a doctor kit (by the aforementioned logic, my kid should grow up to be a doctor now, right?) to go with his dolls.

I didn’t notice until I was getting ready to wrap it up for Christmas: 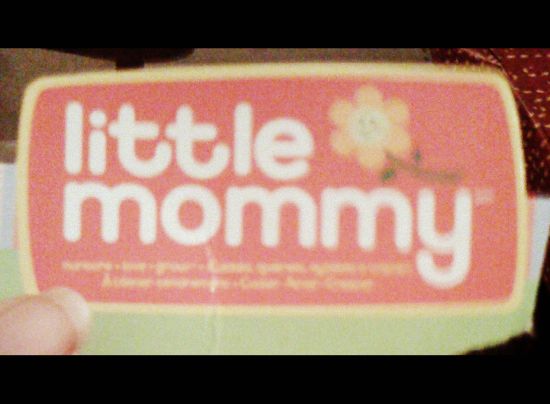 Boys play with dolls, too.

I got pretty Furious George about it. But it was Christmas, so I just ripped the tag off and wrapped it up. My sons? They loved the shit out of it.

I got a marginal amount of shit when I dressed Alex as a butterfly for Halloween this year. Much less than I’d anticipated, actually. I mean, he was three; he loves butterflies AND beating the shit out of things. If he wanted to go as a ballerina, I’d let him do that, too.

For his fourth birthday, Alex got some furniture for their dollhouse. He’s got a wild imagination and the stories he comes up with while playing with their dollhouse are incredible.

More furniture = full of the win.

Until I looked at the back. 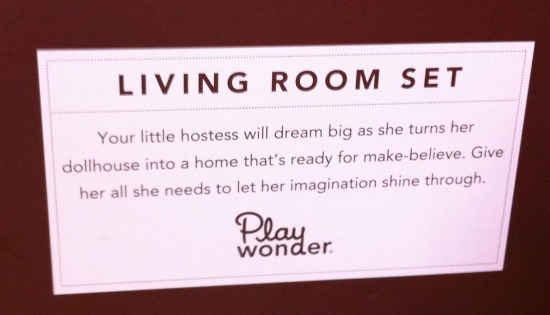 Being a hostess is bullshit.

No amount of doll furniture will change THAT.

Being a hostess may be bullshit.

Painted nails, however, are not.

142 thoughts on “Mamas (And Daddies), Don’t Let Your Babies Grow To Be Assholes”