Before I launch into my fabulous guest post from my BFF Adam, I’m here and here.

Avitable here – you may remember me from Becky’s birthday post and the most epic motherfucking soul portrait EVER. The reason for my post today is that I just wrote a book called Interviews with Dead Celebrities which compiles a series of, well, interviews with, umm, dead celebrities, that I’ve written about on my site over the last few years. Then I added a bunch of new material to it, put it together and published it on Amazon.com.

This post is an exclusive look at one of the newly written interviews, previously unpublished online anywhere, and here to make love to your eyeballs. Please to be enjoying my interview with the deceased Diana, Princess of Wales: 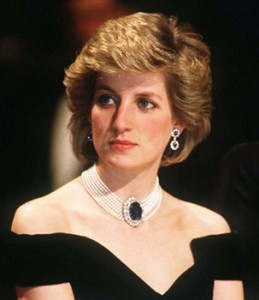 Profession(s): Princess and member of the British Royal Family

Best known for: Princess Diana, known for her charitable endeavors, was also most famous for divorcing Prince Charles and later dying in a car crash in Paris with her companion Dodi Fayed, inspiring Elton John to write that song about her.

Fun fake fact: Her shit actually did not stink.

Avitable: Princess Diana, I apprec-
Diana: Knock it off. I know what you’re going to do, and I’m going to beat you to the punch.

Avitable: I don’t even know what you’re talking about!
Diana: Sure you do. Here we go.

What does world hunger and a Mercedes have in common?

Avitable: Diana can’t stop either.
Diana: There we go. What’s the difference between me and a blade of grass?

Avitable: About six feet.
Diana: Ha! What does Dodi stand for?

Avitable: Died On Direct Impact.
Diana: So hacky. What’s the difference between me and Casper the Ghost?

Avitable: Casper can go through walls.
Diana: Terrible! How am I like a cell phone?

Avitable: You both die in tunnels.
Diana: Okay, that one was slightly amusing. Why did I cross the road?

Avitable: Because you weren’t wearing a seatbelt.
Diana: Groan. When is a princess not a princess?

Avitable: When she turns into a pole.
Diana: Meh. What’s the one word I could have said that would have saved my life?

Avitable: “Taxi!”
Diana: Haha! Okay, that one was good. I think I got that out of my system.

Avitable: I’m glad – that was fun, but I was going to use this time to talk about your charity work and all of the good things you did during your life?
Diana: Oh, well we can do that, then!

Avitable: Too late! Now I just want to tell Princess Diana jokes! What’s the difference between jelly and jam?
Diana: I don’t know.

Avitable: You can’t jelly a Mercedes into a pillar at 65 miles an hour.
Diana: Did you just write that yourself?

Avitable: What’s the first?
Diana: That dreadful song written by the queen.

Avitable: The Queen of England wrote a song?
Diana: No. I’m talking about Elton John.

If you enjoyed that interview, you can pick up Interviews with Dead Celebrities, currently available for the Kindle (or you can read it with the free Kindle app for your phone, iPad, or computer), and soon to be available in print.

If you didn’t enjoy it, you should buy a copy so you can make fun of it and deride it mercilessly. Either or . . . 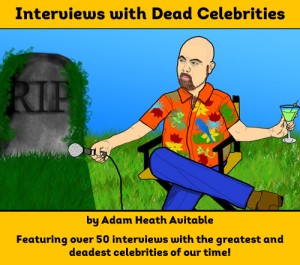 9 thoughts on “How Do You Feel About Princess Diana Jokes?”