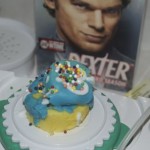 I am in my late 20’s and a virgin.  This is not something that has happened intentionally.  I am not saving it for marriage or anything like that.  It just hasn’t happened yet.

I have recently started dating someone.  We have gone on four dates, the most ever with one person for me.  I really like him, and kind of want to jump him.  The thing is, I feel like at my age I should know far more then I am going to. So I am torn.  Do I tell him of my condition before the fact?  I am concerned that if I do, I will scare him off, but if I don’t, he will just think I am exceptionally bad in bed, and it will scare him off.

What’s a girl to do?

As someone who has, in her day, had The Sex with people who did not deserve to stick their naughty bits in my own, I think that being a virgin is kinda awesome.

I’d be willing to bet that anyone who likes you will appreciate that about you.

If I were in your shoes, I’d go the honesty route. If it scares him off, fuck him. There is NOTHING shameful about being a virgin. Really, then he’ll know how to make sure your first time is special.

I bet he’ll find it charming.

Do let us know what you decide, Dear Prankster.

So this may not be a totally unusual situation but I need answers. The other day my friend turned 35 and was the recipient of lots of love and adoration. Her hubby and friends threw her a surprise party and he surprised her with a beautiful bracelet. I am green with envy..

I’m several years older than her and have been married for 13 years, my no good lazy asshole hubby has never surprised me.

What should I do to attain my life long dream of having someone throw my a surprise party and shower me with adoration and gushing for just one night?

Here’s my advice: tell your husband what you want. In no uncertain terms: “I’d like you to a surprise party sometime, like my friend had. That would mean a lot to me.”

I know, I KNOW, it kinda defeats the purpose of a “surprise” party, but honestly, some members of BOTH sexes (myself included)(I have a vagina, just in case you were curious) can be pretty thick about that stuff. I’d, for one, be shocked if someone had been pining for a surprise party. Why? I’d rather saw off my toes than have one thrown FOR me.

Maybe that’s how your husband feels about them.

Also: some people are more thoughtful than others. Sounds like your friend’s husband is particularly thoughtful, which is a win for her, but hard to watch when you live with someone who isn’t.

Clue him in, see what happens.

And, if all else fails, go the Aunt Becky Route: throw yourself a party, buy yourself something exorbitantly sparkly and enjoy it because you bought it yourself.

I started watching Grey’s Anatomy last season so I don’t know whether it’s just the actress who plays Meredith or whether this is done on purpose but (excuse any spoilers) she doesn’t seem to be very upset about her miscarriage, neither does Derek for that matter.

I mean, she miscarried at an incredibly traumatic time for her but she seems to be very que sera about it.

Derek asked why didn’t she tell him so he could help her to get through it, but the line made it sound like she was already over it. And this was in the second episode!

A couple of weeks ago I was on your fabulous new website Band Back Together and i was truly touched by the stories I read from some women who did miscarry.

I don’t have any kids and I haven’t ever had a miscarriage so I’m curious about Merdith’s portrayal of her storyline and was wondering whether you could shed some light on it for me.

This is me, treading VERY lightly and asking other Pranksters to weigh in.

I’ve had two miscarriages in my life, back-to-back, actually, right before I got pregnant with Amelia. At the time it happened, it was a horrible hormonal roller coaster. When I got pregnant the third month in a row and started spotting right away, I flipped my shit. My progesterone, which hadn’t been a problem in previous pregnancies, was low. Insert suppositories, pray for the best. It was touch and go.

In that way, my miscarriages were traumatic for me during my pregnancy with Amelia.

While I experienced those two early miscarriages, I was sad. Now, I rarely think about them.

That sounds cold, but I don’t mean it that way. I got my daughter out of it. She wouldn’t be here without having had those two miscarriages.

Since I’m the last person on the planet to watch Grey’s Anatomy, I’m not sure what her reaction to the miscarriage was, but different people handle things differently. There’s no right or wrong way to grieve a loss – any loss.

I’ll be VERY interested to hear your reactions to these questions, Pranksters.