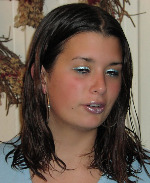 I asked a simple yet detailed question on an interweb “Moms-Helping-Moms” website and got a shitload of rude, demeaning answers.  I never meant to make myself come across as a terrible horrible person.  I even re-read my question but I guess I really am a huge bitch.  Whatever shall I do?

Well, Prankster, you’re clearly a miserable excuse for a human being who should not be allowed to live, breathe or walk among normal humans.

OR, wait, that had too many words spelled (mostly) properly. Let me retry that.

Was that better? That was my attempt at emulating an Internet Mole Person, or what I like to call “trolls.”

Internet Trolls, for those not versed in Internet Jargon, are people (I think they’re people, but a DNA test may be required) who post rude, mean, or otherwise inflammatory responses to a post on a site with the express purpose of evoking an emotional response.

There are a couple of different kinds of Internet Trolls (Pranksters, I’m sure I’m missing a few, so fill in, please):

Your simple post on cats evokes this response, “WELL, I THINK iPOD’S ARE THE SPAWN OF SATAN’S PUCKERED POO HOLE YOU FILTHY, SOULLESS ASSWAD.”

Religious Trolls (Internet Mole People) These trolls use Bible Verses and religious scripture to justify being mean to others for no real reason.

Your same post on cats evokes: “Well, in (Bible Verse) something was said and THERE SHOULD BE NO CATS! YOU WILL BURN IN HELL!!! I will pray for your immortal soul, but it’s dammed already, so just get ready for hell.”

Let-Me-Hijack-Your-Post-To-Tell-My-Horrible-Story Internet Troll. These Internet Mole People almost always leave you wondering why they left you the comment at all, except that you’re now probably feeling guilty.

Cat post evokes this: “When I was a kid, we had a cat and that cat was named Sam and Sam was a mean cat and he gave my brother named Sam rabies and then we had to take them both out back and shoot them and then at the funeral, Sam The Cat’s Ghost came to haunt us and we were scared because it was a funeral and the whole town was there and there was a GHOST of a DEAD CAT who had KILLED MY BROTHER and oh my God the whole town came out and then my mom started breastfeeding a llama and I don’t know where the llama came from and then we went to the carnival and I thought I was getting rabies but really it was gangrene so I had to chop off my leg with a rusty ax and that is why you should shoot your cat.

The Pointless, yet Mean Internet Troll. These Internet Mole People usually speak in text-speak and only insult you. They’re usually found in forums and news sites with a misspelled very cutesy name.

The “This Is My CAUSE” Internet Troll (Internet Mole Person): Person who defines themselves solely by their “cause,” and spends countless hours blathering on and on about it to anyone on The Twitter, The Facebook and blogs. They have a Google search set and hours each day to devote to blogs and they do that to leave comments about their “cause.” Which no one cares that much about. Or is a one-sided thing and almost always involves emotional manipulation and impassioned catch-phrases to get the very annoying point across.

Like this: Your cat post, “This Is My Cause!!!!” Internet Troll: “Well, you should know that new babies should never, ever be around cats because the cats smother them while they sleep. The cats try and SUCK THE MILK from the babies because cats like to SMOTHER BABIES and if you DON’T GET RID OF YOUR CAT, you’re basically saying that your BABY IS WORTHLESS and you should be sent to BABY JAIL if you do that you soulless ASSHOLE.

(never mind that you are a single 56 year old man without kids, because “This Is My CAUSE!!!!” Trolls don’t know anything about you or your life. Just their very, very irritating causes.)

The “WON’T SOMEONE THINK OF THE CHILDREN” Pseudo-Concern Trolls. These people are precisely as you’d imagine. They take any instance in which there might be an issue of perceived impropriety and exploit it.

Your cat post: “WON’T SOMEONE THINK OF THE CHILDREN?!?”

The Emotionally-Charged Troll. These Internet Mole People pop up, usually in the form of some other type of troll, to make you feel bad by playing on your emotions.

Same cat post, “well, I HOPE you got that cat from a shelter because these (grim shelter statistics) cats die every year while breeders force cats to pop out kittens by the barrel and if you didn’t, you’re supporting that and really, you should make sure to always get an older cat because they are hardest to adopt.”

The Not A Troll, Trolls: Not everyone expressing a dissenting opinion on your website is an Internet Mole Person.

That’s Your Aunt Becky’s guide to Internet Mole People, (I prefer that term because they’re people that pop up randomly to say stuff that makes you feel badly before retreating back to the holes to which they crawled out from), and I’m sure I’m missing some. So, Pranksters, FILL IT IN.

And as for YOU and your EVIL POST, you wicked bitch, the moderators at that site should have been watching to see that you didn’t get creamed. I don’t understand the logic behind allowing someone to submit or answer a question (or post), only to allow them to get their ass handed to them by Internet Mole People. As site admins, they should get YOUR back or, if they hate your question, NOT ACCEPT IT (my queue is backed up, which is why I haven’t gotten to YOUR question, Pranksters).

I know that’s what happens at a lot of those sites and it makes me sad. I cannot imagine submitting a serious question only to have 98 moms jump down my throat, telling me “U R doing it wrong ASSHOLE.” Because most days, I’m all too sure I’m doing it wrong. I don’t need Internet Mole People telling me so. There is a difference between answering a question and being deliberately cruel.

You’re not a terrible, horrible person. Not by a long shot.

Especially since I know that the next time you see another person getting their ass handed to them by a Mole Person, you’ll jump in to show them some kindness.

Internet Mole People can SUCK IT.

Pranksters? What am I missing here?