“Hey,” I said over Instant Messenger. “Guess what?”

“What?” he replied, (justifiable) trepidation evident.

“I need your help this week,” I replied.

“With… what?” he asked, looking for clarity. When I need “help” with something, it can be anything from getting my whites whiter or building a shrine to BILLY FUCKING MAYS in my (former) backyard, and he knows it.

“Um, stuff,” I replied, aiming to be as vague as possible so that I could get a “sure, no problem,” without having to answer second-level questions.

“Building stuffs,” I dangled in front of him like a carrot. I know him well enough to know that building shit = happy pants, while I’d just as soon cut off my toes and make a necklace of toe bones to wear than put stuff together.

A couple of hours later, he showed up at my house, knocking before entering. I answered the door, kids piling over each other like a barrel of puppies, each trying to get him to greet them first. He swept them up into his arms and kissed them hello. “Hi Babies,” he said, brushing hair from Mimi’s face so she could see. She still stubbornly refuses to wear clips in her curls, which can make things like “walking” and “seeing stuff,” a little challenging for her.

“HEY,” I said, as he disentangled children from his frame, which they’d climbed like a couple of monkeys (without, thankfully, throwing poo)(THAT TIME). “Got something to show you. Meet me out front.”

With that, I walked into the garage and flipped the switch, opening the garage door which protested wheezily, but obliged. I walked out into the sea of boxes and held my hands out all jazz-hands meets spirit-fingers style.

“TA-DA!” I nearly shouted, trilling the last bit, relishing one of the last times I could be loud without the worry of irritating one of my neighbors in my new apartment.

“Where’s the stuff to build?” he asked.

“Um, somewhere in there,” I gestured to the pile of boxes I’d packed, wondering how I’d manage to pack a life into so few boxes.

A smile played mildly on the corner of his lips.

“You just conned me,” he pointed out.

He stood there, shaking his head, amused, before grabbing a box and playing crap Tetris in the back of my van.

“Thanks,” I said honestly as we drove to my new place. “Thank you.” 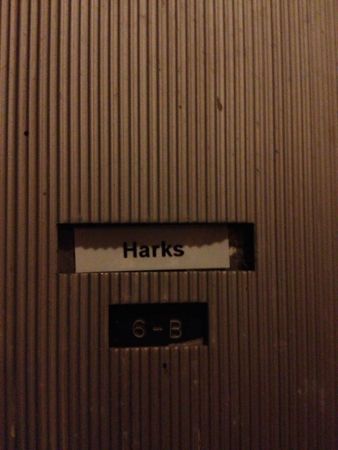 And thus began the next chapter.

16 thoughts on “Even I Want The Roaring To Be Over”