There’s this BIG ASS blogging conference going on in like a couple of weeks, Pranksters, and unless you’ve been living under a very large rock or perhaps are an alien, you probably have heard of it. It’s called BlogHer and pretty much it’s the Grandmother of Blogging Things.

(okay, we’ll forget how lame that sounds for a second and proceed)

It’s in NYC this year, and while I was all WHATEVER, I’m not going, I totally broke down and bought tickets because, it’s NYC which, like California, is sort of where I feel home. Not, incidentally, where my ACTUAL home is, but that’s just details. It’s further proof I need to marry Mick Jagger so I can get a sweet house on both of the coasts.

Then, I was all, WOW, I turn 30 in July, I should do something rad for my birthday, because historically, my birthdays have sucked, so I immediately thought of Vegas. I’ve never been to Vegas, but it seems like the place that people should go when they want to be debaucherous and turn 30 and forget that the past year has pretty much sucked the life out of them.

But, I’m more of a broad stroke kind of person, so I got caught up in thinking about the adventures of my fake Monkey Butler, Mr. Pinchy, and how we were going to steal the purple coat from Shaft and probably some colorful jewels from somewhere and then the next thing I knew, it was JULY.

It’s July and I haven’t done fuck-all for my birthday OR BlogHer.

So, last night, I did the highly responsible thing and ordered 4 dresses for BlogHer that may or may not actually fit. Because, you know, it’s better to have cute clothes than it is to have plane tickets. My logic is damn near impeccable and should never, ever be followed by anyone, ever, unless you want to take a lesson from my personal playbook: “How To Never Get Things Done, Unless Other People Do Them For You.”

It looks like, with 8 whole days until my birthday proper, Vegas is out. DAMN YOU, MR. PINCHY.

Luckily, I’m not all that tied to having to celebrate my birthday on it’s actual date, so I’m going to do it ANOTHER time. Because I WILL celebrate my birthday in Vegas *shakes fist* dammit, I will. I may be celebrating my HALF birthday, but really, what’s it to you? (P.S. You’re all invited.)(P.P.S. I won’t be wearing my whore pants which are STILL MIA).

Today, I’ll probably have to beg The Daver to order plane tickets for BlogHer, so I don’t accidentally book them for the wrong month (which I HAVE done) because I signed a contract saying I’d be there to speak. Poor, poor BlogHer, won’t know what hit them when I open my whore mouth.

Then, I’ll try and find more places to buy cute clothes because it’s been so long since I’ve been clothes shopping that I genuinely do not know where to shop any more. So, Pranksters, where do cute clothes live for someone who likes Anthropologie and uh, ModCloth?

Next, I’ll ask my Pranksters who are going to BlogHer if they’d like to exchange phone numbers so that maybe we can meet up, because OBVIOUSLY. If you WOULD, just email me at aunt.becky.sucks@gmail.com. That’s my real email address, because I have a sense of humor. Or not, I guess, if you don’t think that’s funny.

(I have about a gazillion emails to return, and I’m sorry, they’ve been having babies in my inbox and I need to get on that STAT) 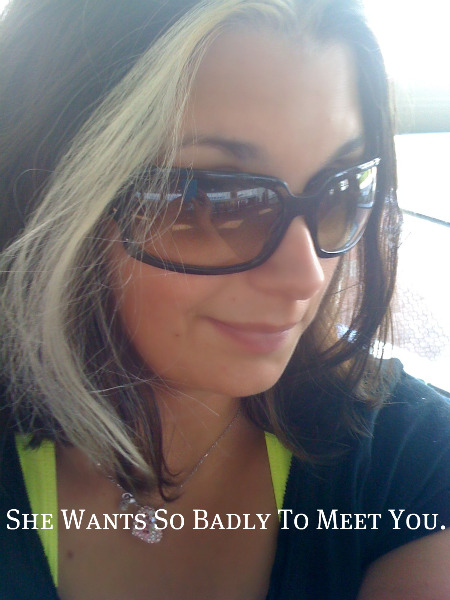 NOW no one will ever want to give me their number. Whoops.

Blah, blah, blah, if you want to vote for me for Funniest Blogger you can vote once per day.