So the Internet has this thing called “Caturday,” which is sorta (I think) like a day that cat people gather together to celebrate cats; and worship them. There are probably like, Cat Saints and shit, but I don’t know. I assume it’s a Cult of Caturday, but not entirely sure. Either way, I have four cats and no one has EVER invited me to participate in Caturday Events, which makes me feel like I’m not as special a snowflake as my Mom once told me I was.

There’s also: Wordless Wednesday, which is, from what I can tell, a really easy way to be all, “I posted shit” when really you just googled pictures and slapped ’em up. (please don’t lob things at me).

You wanted the best? YOU GOT THE BEST. 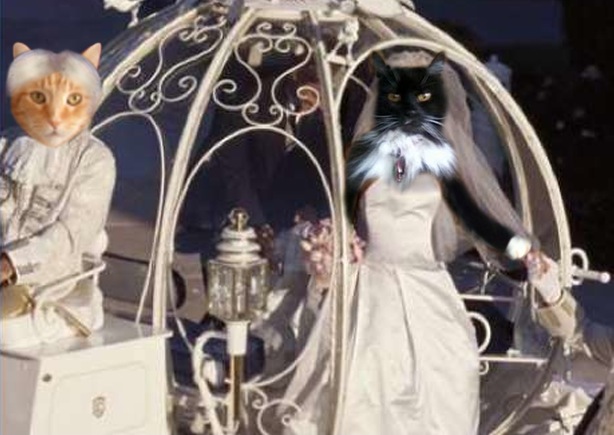 GOLLY GEE WILLAKERS! Look at those fucking CATS getting MARRIED! How’d the cats get into those wee costumes? DID THEY HAVE WEDDING SEX?

ARE THESE THE CATS WE WORSHIP FOR CATURDAY? 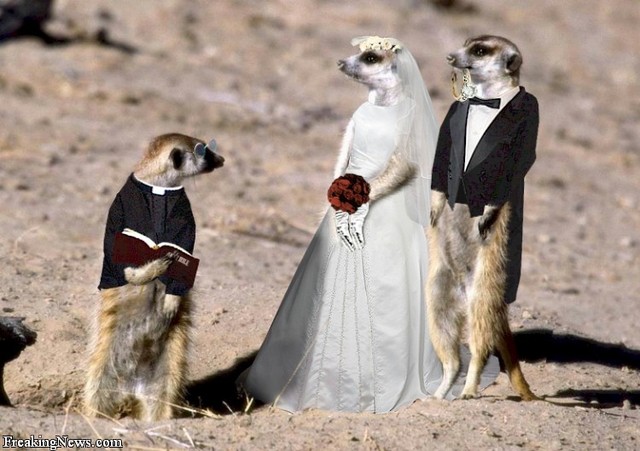 HAHAHAHAHA! Those fucking meerkats are getting married, motherfucker! HILARIOUS. And it has “kat” in the name, which I assume means that these mereCATS are a part of Caturday! Plus, this is a photo I found on Google, so it’s Wordless Wednesday TOO!

Oh noes! Who let the dogs out? Was that me?

OF COURSE IT WAS, SILLY! Who DOESN’T think that dog weddings are awesome? (answer: people who love Hitler).