One of the biggest concerns I’ve had about moving out and away from my kids (since, of course, I cannot pay my home mortgage) has been how they would cope with the change. I mean, I get upset if I find out my favorite brand of socks has been discontinued, so I could only imagine how my kids would feel about their Mama moving out of the house. I talk a good game, but I love my children so fiercely that it’s been barely possible for me to talk about the divorce and the kids without bursting into tears.

Damns. I just burst into tears again. Looks like I’m going to need a new keyboard and now.

I was very careful, when packing my stuffs up and loading my life into a truck, to make sure that the kids would have a place they could feel at home. My new apartment is small, but cozy. It’s been partially decorated, so I can even call it slightly homey (not, as you may expect, “homie.”). Deliberately, I chose a place so near to one of the parks that the path is literally behind my buildings. I may not have the bedroom for the kids (yet), but I do have a space for them to call home.

In that vein, I’ve been careful to snatch up any toys that have been long-forgotten and shoved into bins in the basement formerly known as my own. And I’ve happily accepted any fun stuff the kids might like, while I quickly replaced my kids lovies with as an identical match as I could find. Hey, I’m not above bribing them with toys that are strictly for Mama’s house.

The timing was fortuitous for me as I’d been asked to do a giveaway (after trying the product) for kids from The OrganWise Guys, who promote understanding of how the body works and how to be healthier by following a set of educational games followed by some plush toys. It’s not quite the same as Oregon Trail, but I’m pretty sure my digital kids would be all, “what is UP with that green screen, Mama?” and the anatomy nerd in me, I won’t lie, squeed at the chance to teach my children about anatomy while they learn eating habits so they can grow to become doctors and buy me a house and diamonds and stuff. It’s a little more on-level than the Grey’s Anatomy book I’ve been reading to them since they were babies. And the diamonds? I figure it’s the least they can do to pay me back for those sleepless nights.

Amelia, my wee book nerd, was especially impressed. That girl will read ANYTHING she can get her wee paws on. 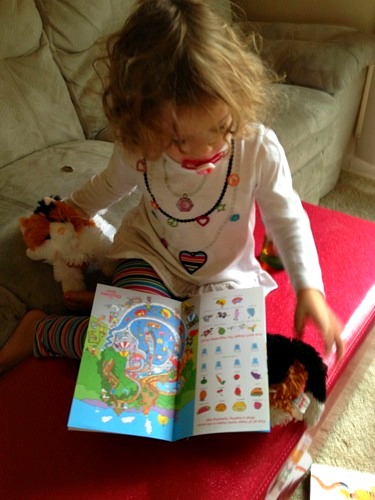 And lastly, we unveiled the kidneys, which were much cuter than when I’d dissected them on the A&P slab. THEY’RE EVEN HOLDING HANDS, PRANKSTERS. When I stop dying of the awesome, I’ll let you know. 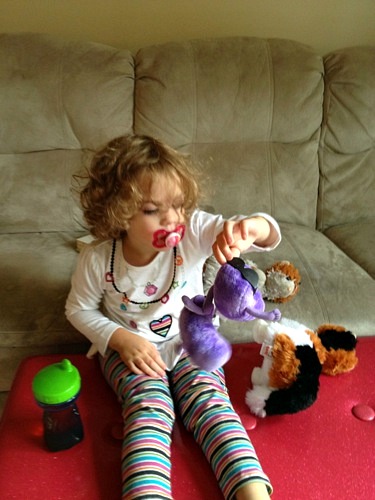 (note the matching Capitol Kitty’s in the background – Amelia was especially impressed that she’d managed to put both of her cats together.)

While I’d wanted to play a game with the kidneys, possibly, “hide the kidneys” or, “let’s cuddle with kidneys,” I didn’t. Mostly because the kids both fell asleep inside my sparkly pink ottoman after this shot was taken. Don’t ASK me how. I can barely sleep in a bed, but they’re happy sleeping inside furniture. Kids are weird.

So The OrganWise Guys are giving away the very same game to one of my Pranksters. Why? Because they’re awesome.

To enter, leave me a comment telling me what YOU’D do with a pair of plush kidneys.

For additional entries, you may do the following (please leave a comment for each – I’m not too bright):

I’ll pick a winner (heh) in one week – October 10, which I feel something important is going on, which makes me uneasy, because if there is something, I’ve forgotten it. I’ll also give you one last day at this giveaway before I pick a winner!

Moving totally screwed with my mojo but I’m SO almost done!

The carpool lane in my high school consisted primarily of hand-me-down’s from parents, which makes sense – you want to give your old car to your kid so:

2) teenagers are terrible on cars.

The difference between my high school and others is that meant my best of friends drove things like the last model Lexus sports cars and the BMW 8 series that had phones built into it. Yep. Car phones. Back before we had cell phones glued to our ears, we had car phones and landlines, remember those, kids? Phones are the things you use to call people and have a conversation that doesn’t have to occur in abbreviated form.

It didn’t bother me – STC is a fairly affluent area and I’ve grown up here, so it’s not like it was a particular culture shock. Because my parents didn’t (rightly) trust me to own a car without somehow banging it up like I did the day after I got my license, I didn’t own a car of my own. Instead, because I lived in the center of town, it was fairly easy to glom rides off my friends so that we could drive co-centric circles around the school, smoking cigarettes and wondering if we should bother going to class or head downtown and make mischief.

When I graduated high school, the elaborate parties my friends had were intense. You know that horrifying Sweet Sixteen (and Pregnant? I can’t keep that stuff straight) show on MTV where kids are all, I WANT JUSTIN BEAVER AT MY PARTY DADDY AND A PONY AND A DIAMOND TIARA. It was like that, except there were ice sculptures and a hell of a lot less snot-nosed asshole kids – STC may be more affluent, but the people here are genuinely kind.

Rather than a pony on roller-skates or John C. Mayer crooning about my body being a wonderland to my throngs of teen friends, I had a backyard BBQ with some friends that lasted well into the wee hours of the night. Lots of debauchery and drinking occurred, but I wore jeans and a t-shirt and my Daddy didn’t drive into the backyard with a new Mercedes.

Which is good because I may have murdered him.

For my graduation gift, rather than a yacht named “Becky Rules,” which I spent an inordinate time scribbling on things that were not my own, I got a car. A used car. It was a car that had been used by my brother’s wife’s mother for many years. It may have been born before I was.

And while my high school boyfriend drove a Beemer – the kind you have to special order – that often contained gold bricks and wads of twenties stashed in the doors, I was pretty happy with my old Dodge Shadow. It may have been the color of baby poop (a guess – I’m colorblind), the doors may not have closed all the way, and shit, the oil was always leaking all over the damn place, but it was mine. All mine. 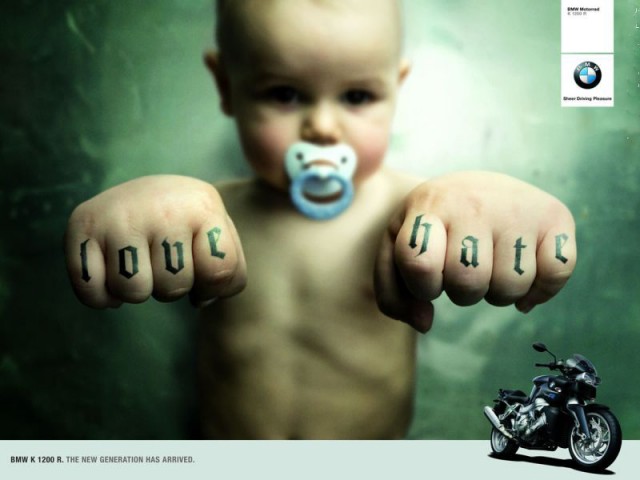 My boyfriend’s car was snazzier than mine and probably had more money in it than I’ll ever have, hands motherfucking DOWN, but my car was my own, which is why I loved it. Probably the ugliest car you ever saw, but I could, at the very least, jam my Tool tapes (yes tapes, not 8-tracks) into the boombox and sing along to Opiate – one of my favorite albums EVER, and go to all the places whenever I wanted to.

Driving has always been my best therapy. Full tank of gas and a half a pack of smokes? It’s time to get the Band Back Together, motherfuckers. I spent hours stupidly driving the thing (I say stupid because it tried to kill me) around town and back, exploring roads that I’d never been down before, and when I’d return home, it was like all my problems had vanished.

While my compatriots in the carpool had leather seats and built-in CD players, mine had chalk drawings on the ceiling and incense burning from the cup holder (the thing was unable to properly store tasty beverages).

On the driver’s side door, just above the window, I’d written this in neon green chalk:

And it never was.

What was your first car, Pranksters?

Really wish THIS had been my first car.