Growing up, we always had a spot for canes – or “walking sticks” as my father referred to them as – by the front door. While I’m certain that other people had cane holders like we did, I recall being baffled that my friends all thought it was weird.

As I recall, these canes were highly ornate and boasted these beautiful gold filigree handles. I couldn’t understand how exactly my father used them on his nightly walks without screwing up the gold (gold is a naturally soft metal) but they always managed to stay intact. 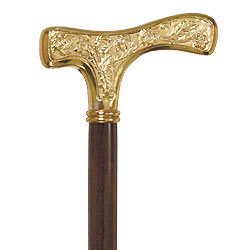 This assortment of walking sticks helped tremendously when we played dress-up: pretend you’re a 1920s gangster and the cane was used as a Tommy gun.* Or a pretentious poet who used o!, and, despite being very thoroughly American, added a “U’ into words like color in an non-ironic way. Or you used it as a “shovel” while “mining for gold.”

When I got older and popped out a few crotch parasites, House, MD made canes and Vicodin cool. This helps tremendously, well, NOW.

After the hospital, I went to a old people home to receive twice-daily IV antibiotics and physical therapy. When I was relearning to walk, I realized that my right leg was shorter than my left, because I was, well, WOBBLY.

(And not just because I was drunk.)

My PT confirmed that my right leg is about an inch shorter than my left. My orthopedic further confirmed: when I rebroke my femur in December, the breaks in my femur, hip, and usage of additional bits (that allowed me to begin the slow process of becoming totally bionic) worked in tandem to shave an inch off my right hip.

Here’s the downside: my right leg doesn’t yet know it’s now closer to 5 foot 4 inches than 5 foot 5. I’ve set that motherfucker up for a total self-esteem crisis. It’s going to want to go out and pick up bikers in bars and wear too much liquid black eyeliner, and I’m going be the one that has to say “motherfucker, NO. Just no.”

Some of the time, when my leg isn’t being stiff or hurty, my right leg is fine and (no matter what the stripper tells  you) there is absolutely NO sex in the champagne room. I walk mostly normally** – for a 35 year old using a fucking walker, but there are times, mostly when I am half-asleep, post-frat party, or after a particularly strenuous PT session, that I wobble.

Which is why it’s likely that I will graduate from my super sassy walker to cane. Unfortunately, my father will not allow me to use one of his walking sticks (I think it’s because of the frat parties). However, fortunately, there appear to be any number of truly awesome and beyond bizarre canes available: 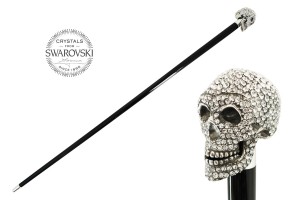 Which nattily matches the stick shift knob in my car. 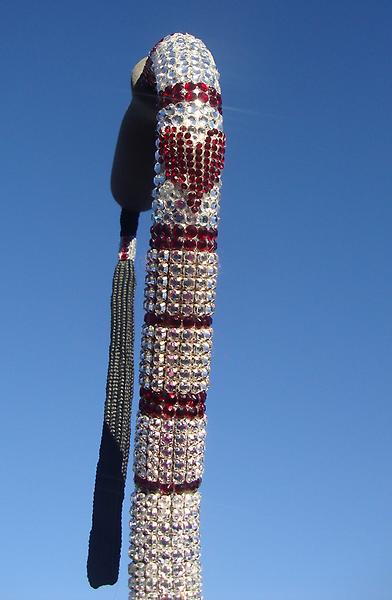 Which nattily matches my life.

So I started thinking about how awesome it would be to stop hiding my flask it my purse, and wound up here: 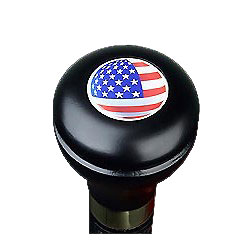 (pointless aside, the website I found ONLY stocked patriotic flask canes)

Or this, if’n I decide to spell colour incorrectly and become a beat poet as well as a drunk: 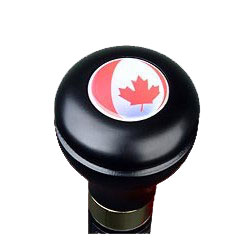 But, that’s where things take a decided turn for the truly weird and fucked up: 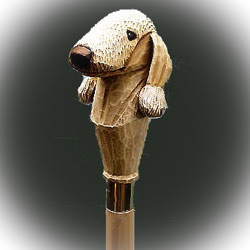 Now, I heart me some dogs. Fucking love them. Can’t wait to HAVE one of my own.

That said, why the fuck would I want a porn-lighting cane that actually LOOKS like a dog? I can’t picture any situation in which this could be used comfortably OR fashionably. Believe me, I’ve tried.

Now this one wouldn’t be a bad cane to own. 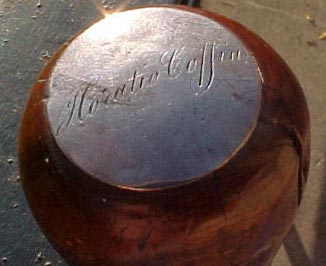 It’s from an antique cane website, looks amazingly similar to a cane my father owns, and it’s tasteful (if boring).

If you squint at it long enough, it becomes clear that the last word on the cane is “coffin.” The first word appears to be a name. Which, after you Google “weird ass canes,” for long, you realize it may actually be a cane that just might store a part of a dead person.

Then we have this, which is not only offensive, but frightening:

And this, which is just fucked the fuck up: 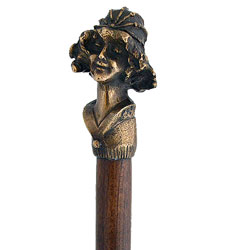 I mean, I GET that it’s supposed to be a Victorian woman cane, but seriously, that cane would keep me up all night, every night, in mortal fear that it would come to life and eat my face off. That bitch would TOTALLY boil a bunny.

I could totally kick those damn kids off my lawn with this: 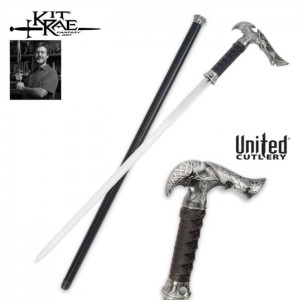 And now we are at the ridiculously tasteful canes section.

If you’re reading this at work, you may want to skip the last two and go directly down to my challenge below. 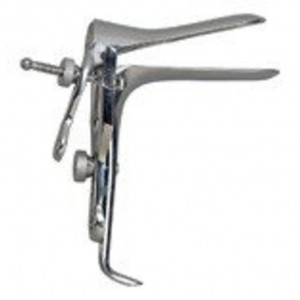 Who DOESN’T want to be able to perform a vaginal exam every time they go, well, ANYWHERE.

And then, then we have this is this horrifying monstrosity which is INCREDIBLY NSFW (I never EVER warn against this unless I fucking mean it), unless you work at THOSE kind of jobs. If you think that makes it challenge-worthy, well, you’re my kind of person.

(but know that you CANNOT unsee it) 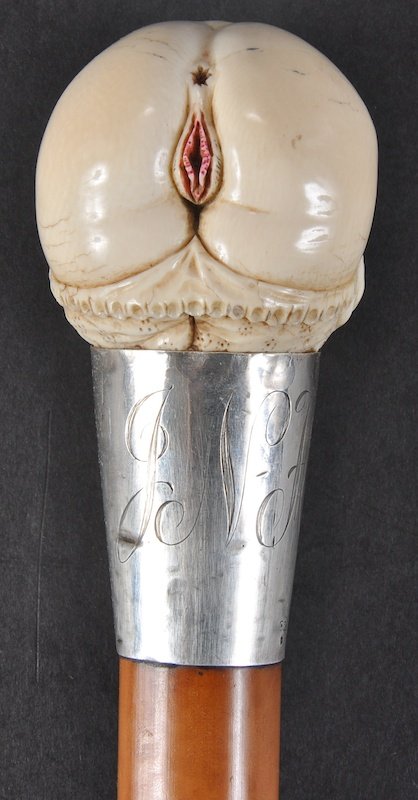 I have no real words, except for this: I call The Butthole a “chocolate starfish” for a reason.

*St. Charles, due to its inability to properly allow anyone in or out, was, for that reason,  home to many a Mafia princess, so we ALL knew the gangster stories from birth. They nearly sent us home with an “I (heart) Uncle Capone” when my mother was discharged.

“**As if ANYTHING a 35-year old who writes a blog on The Internets called “Mommy Wants Vodka,” can be considered “normal.”

I’m throwing down the gauntlet, Pranksters: these are the most outrageous canes I could find after a morning of  fat-fingering Google on Friday.

You can do better. Leave a comment with the most outrageous canes your fast googling fingers can find. Find me a good (bad) one? I’ll absolutely add it/them to the post.

Or, in the event that you’re so inclined, leave me a can I SHOULD own after I’ve graduated from my walker.