When I started high school, before Jesus was born, high school was done in split shifts. The underclassmen (read: me and my trouble-making friends) started at 9AM rather than 7:30AM, which, I have to say as a non-morning person, was pretty damn sweet. Soon enough, my high school decided that was bullshit and built a second high school about a half a mile from the first.

We’d get stuck in classes in both buildings, which meant we had to hustle to get from place to place. And by “hustle,” I mean, “smoke pot out of soda cans” as we ambled our way too and from the North building.

We had one road to cross to get there, a thoroughfare that wound throughout campus, that had a nice crosswalk painted on it. One of our deans, who happened to be both the football coach and a major douchebag, would occasionally patrol the area, giving PM’s (detentions) to those of us who walked out of the lines. We also had Mr. Shields*, a prehistoric relic that seemed to arise from the very dust of the earth.

Mr. Shields, well, he had a golf cart, and he liked to ride it around the parking lots of the school, busting people for parking in the wrong area, always on the lookout for those of us who cut class to go joyriding and eat tacos**. He communicated to the other deans and Parapros (paraprofessionals? I don’t actually know anything other than their name made them sound like dinosaurs.)(*puts on Nature Show Voice and whispers* “Beware of the roaming Parapros – they’re hungry and getting ready to write PM’s”) via a fairly elaborate system of walkee-talkies. Keep in mind, this was when cell phones weighed as much as a small bus. 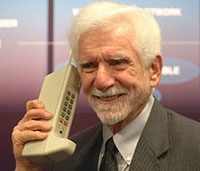 Being hippies and anti-establishment meant that my parents didn’t give much of a shit if I got in trouble – only if I was STUPID about it. Like on Senior Ditch Day – I didn’t even TRY to get my boyfriend’s cleaning lady to call me in – I just didn’t show up. This pissed off my mother – not that I ditched class, but that I hadn’t bothered TRYING to cover it up.

She’d taught me many years before how to forge her signature so I could avoid these very same situations. I’d often go into the office, note written in purple crayon, begging out of school so I could “see the doctor.” The office staff must’ve thought I was the world’s sickest teen OR the world’s biggest hypochondriac.

Generally, these “doctor’s appointments” involved a lot of tacos and/or Jim Beam drunk straight from the bottle in the parking lot behind the Taco Bell.

Tonight, I must go back. No, not to Taco Bell. After a particularly vicious battle with food poisoning, I sadly swore it off for life.

I’ve been back, upon occasion, to my high school. My son, Ben, (not to be mistaken for The Guy On My Couch, Ben) he plays a ridiculous amount of instruments and my high school has a pretty kick-ass stage – we even get like famous people there sometimes, doing, erms, FAMOUS PEOPLE THINGS.

But the North Building, the scene of so many of my days as a Prankster, has since been turned into a Junior High.

The Junior High that my son will attend next year.

Tonight, I get to go back and “take a tour” of my old stomping grounds. This is gonna be the kind of tour that I can’t say things like, “Wow, I puked up Jim Beam in that corner!” or “We used to smoke pot there – see? You can’t be seen from any of the windows.”

No, I have to go in and nod and smile and pretend to be a normal parent around other parents.

Someone pass the vodka.

16 thoughts on “Between The Lines”