It’s pretty safe to say that no one thinks that I’m very bright. I mean, I routinely give myself the Nobel Prize for Awesomeness just for existing, but after admitting that I have been inadvertently getting myself loaded in the morning WITHOUT REALIZING IT, I don’t think I’ll be winning any sorts of genius competitions. Mostly because I don’t know that there ARE any genius competitions, and let’s face it, if I knew of any, I’d just drive by and whip donuts at the contestants.

I’d like to blame it on my almond-extract-spiked-coffee, but really, this weekend, it’s actually just that I am that stupid.

So I’m going on this cruise, right? And I knew that I had a passport because I’m all wordly and shit, but I neglected to actually see if my passport was up-to-date. Turns out, it expired two months ago. Just realized it, yo.

Well, no worries, Pranksters, I can get use my birth certificate, right? Well, apparently I was dropped onto this planet by a mother-ship because no one actually has a physical copy of the record of my birth. So I rushed around like an asshole this morning and had to beg Lake County, IL to send me brand new copies certifying that I was, in fact, born of this world.

This weekend was The March of Dimes March for Babies, (not to be confused with the March ON Babies, which would be a completely different kind of march) and I’ve been looking forward to it since last year. I would have marched then, but I was kind of a quivering mass of Jello and I could barely organize myself to walk to the bathroom, let alone walk for babies.

But I’m not really a “details person.” I’m just sort of the person who organizes things broadly and let’s other people worry about the other things. Like dates, or plane tickets, or whatever. I assume that I’ll figure it out, or if I don’t, whatever.

So I thought the walk was on Sunday, although I didn’t specifically LOOK at the date and like circle it in big puffy hearts on the calendar, right? Then I made an appointment to get my eyes checked on Saturday and The Daver was all “ZOMG, THE WALK IS THAT DAY, YOU MORON!” and I was all, “Whoops!” sheepishly because that really is something I would do.

I canceled the appointment, got the kids off to my mom’s house on Saturday morning, printed out the sponsor sheets and got in my walkin’ gear. We showed up to the walk site and….

No one was there.

Turns out I was motherfucking RIGHT all along. It was pretty hilarious to sit in the empty parking lot and laugh at The Daver, who was FURIOUS GEORGE (I should add that I was not furious when I thought that I was wrong).

We used the opportunity to sneakily eat some motherfucking breakfast without our crotch parasites and then ambled on home. BRILLIANTLY, I took it upon myself to do a bit of Bushwacking because the best thing to do when you are about to walk 5.5 miles with a foot injury is to do some really strenuous digging. Of course, I hurt myself. Of course it was with the pickax. Really, no one is surprised.

I mean, it’s just a giant knot on my leg and I knarfed up my foot again, but really, did I HAVE to get out there and attempt to dig out the bushes before the walk? CLEARLY I did. Anyway, the bushes, like my stupidity, are going nowhere. Those motherfucking roots are of The Devil. If I see the person who invented evergreen bushes, I will punch him in the testicle.

Sunday dawned beautifully, and while I may not have been able to move comfortably, I was beyond happy to be walking, although I was eying Amelia’s stroller jealously.

The park where the March of Dimes walk was held was the very same park where we, in high school, used to hang out and party every night, so to be there in a very different fashion was completely discomfiting to me. But when we walked in and saw all of the March of Dimes families gearing up to walk, I’m going to admit to you that I got choked up.

Just knowing that we were there–that we’d all survived–it made it all that much more real to me. I don’t sit around all day every day thinking about my daughter or about all of my nieces and nephews that have been born too soon, or stillborn, or those who have passed. They’re always with me, but I couldn’t possibly function if I thought about that all the time.

But standing there in the park, the ghost of who I was and who I am, now a March of Dimes Mom, beside each other, my daughter chirping away in her stroller, her scar very visible in the morning sun, it was as much a celebration of life as it was a mourning of what could have been and what once was.

I walked for all of the names on my Wall of Remembrance, all of my nieces and nephews on that wall; I walked for my friend Heather’s daughter Maddie Spohr; I walked so that some day all babies will be born healthy.

And I walked proudly with you, my Amelia, who defied the odds. Born with a very serious neural tube defect, an encephalocele, that should have killed you, you now take life by the balls and you make it your bitch. There’s nothing about you that doesn’t make me proud to be your mother.

I know this to be true, love, because you already have. 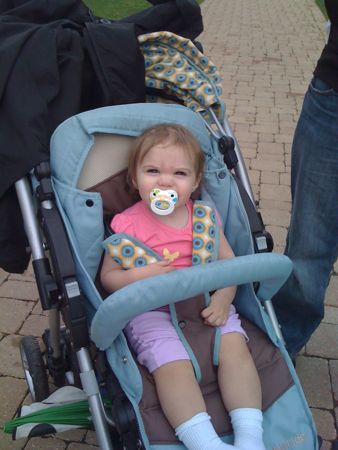 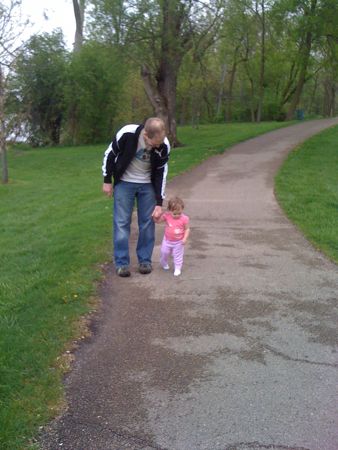 You let your light shine, baby girl. Clearly, you’re showing us the way.