You think you’re so damn clever, don’t you, all using the word “heart” and “choke” in one fell swoop? Must be nice to have that sort of je ne se qua about you, while we mere mortals stand on the ground with boring names like, Becky, or Aunt Becky, or “fuck face.” Congrats, Artichokes, for outdoing those of us NOT named Max Power.

I have a problem with you, Artichokes, and I’m not willing to stand for it for very much longer – it’s time to wrangle the huddled masses and revolt against you, Artichokes, for being one sneaky-ass motherfucker. Sure, you Artichokes, you THISTLES, think it’s okay to be all look at me, I’m so damn pretty, I feel pretty, while the rest of us stand there, twiddling our thumbs, trying to hide our ridiculous hair, BUT I  – we – WILL NOT STAND FOR THIS ANY LONGER.

By the power invested by the internet in me, I DENOUNCE YOU. I THUMB MY NOSE AT YOU ARTICHOKES. I don’t care HOW pretty you are, you can’t outrun Teh Internets! Especially MOMMY BLOGGERS with SO MUCH TIME ON OUR HANDS. 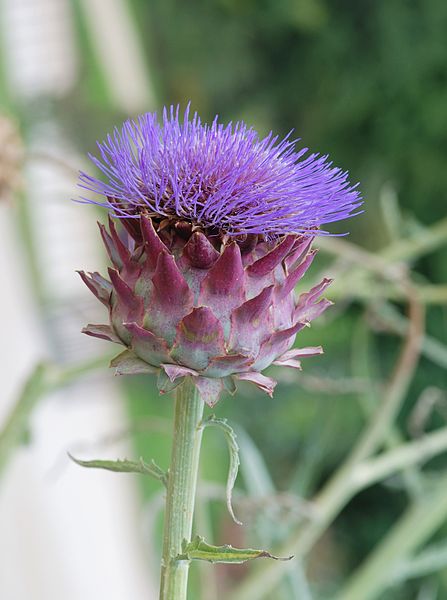 Sure, you may have fucking FRACTALS on your side (well played, you), but I have, well, *shuffles feet* I HAVE, uh *stares out the window* I HAVE ARMS. YOU DON’T HAVE ARMS ARTICHOKES. SO FUCKING THERE.

You think you’re so damn coy, don’t you, Artichokes, fucking making your way into my spinach dip, being all, HAI LOOKIT ME, I TASTE LIKE SATAN’S BUNG, while I’m all, YOU CAN’T BEAT ME, until you wind up in my mouth and I’m stuck wondering if I can create enough of a distraction to spit you out without spraying the rest of the table with my spittle. You think you’ve won, but you haven’t!

I HAVE ARMS, ARTICHOKES.

Lookit me all RAISING my ARMS and shit! Doesn’t THAT make you feel bad, Artichokes? Because it SHOULD. It really SHOULD.

So what if you have a “heart?” That’s just a worthless organ anyway – I mean, the Grinch lived without one and he was JUST fine, pumping his blood HIMSELF rather than relying on a useless ass heart. So what if your heart is pretty and shit? I HAVE ARMS. SO THERE.

You don’t impress me, Artichokes. I don’t look at you and get all inspired like, I WANNA BE A FRACTAL or something, at least, most of the time, although I have to admit, being a fractal is the epitome of awesome.

I see you just SNUCK in there, Artichokes, like you do to all the damn things I love in this world. How did you manage that? Huh? How did you manage to worm your way into my life like this? What did I do to deserve ARTICHOKES in ANYTHING I’d put into my mouth EVER?

You’re officially ON NOTICE, Artichokes. This? This means WAR.

I need a nap. And a picket sign. And a couple of diet Cokes. Possibly a robot of some sort – I won’t be picky.

And then? You’re going DOWN Artichokes!

Once I finish playing this. DON’T YOU JUDGE ME ARTICHOKES, THIS IS DAMN FUN:

P.S. You can’t win, Artichokes. You’re a fucking THISTLE. SO THERE.

29 thoughts on “An Open Letter to Artichokes”