On Saturday, thirty of my favorite people in the world came to celebrate my daughter’s birthday – finally. She was so excited (read: crabby) while waiting for her party to begin that I nearly sold her into slavery. But I didn’t.

We prepared by getting into our party dress: 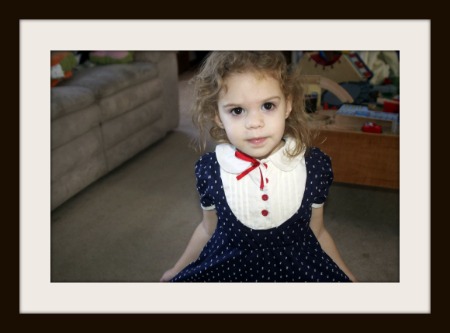 Shockingly, she allowed me to help her pick it out. Generally my suggestions are bullshit in Mimi’s book. 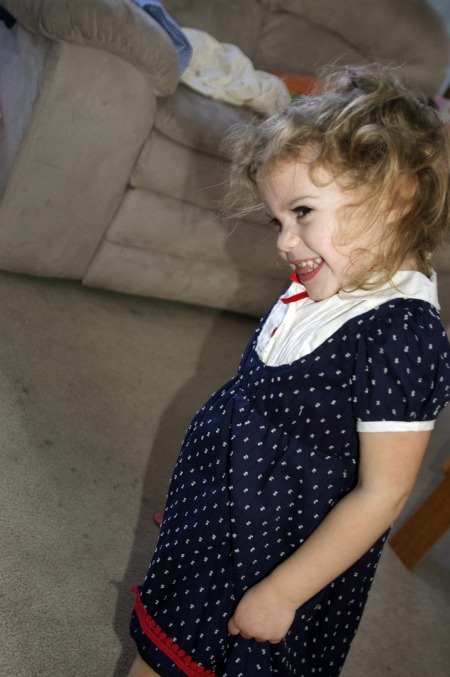 She showed a little sass before complaining that her party wasn’t ready. Guess that next time, I’ll start the party at 8AM. Hope she doesn’t mind if I’m not there. SO not a morning person.

She promptly spilled her morning coffee on her dress, which pissed her off, but she quickly got over it. Her aunts Dawnie and Teala (all the way in from Texas with her boyfriend Brian) and uncles were arriving to help set up the party.

Now, I’m not a party person. I mean, I can do a keg stand like nobody’s business, but when it comes to all artful “this should go…THERE. PERFECT!” I’m pretty useless. One might argue that I’m ALWAYS useless, but that is neither here nor there.

While The Daver and The Guy On My Couch strung streamers, Dawnie and I got relegated to salting the driveway.

Once the streamers were strung, it was time to bust out the real sweet shoppe stuffs I’d been hoarding. 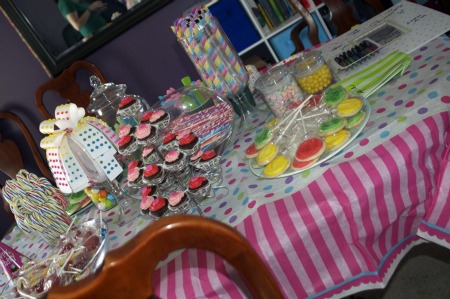 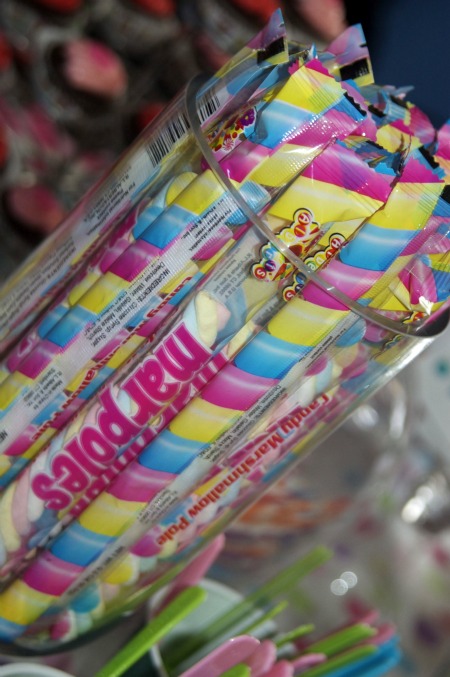 I don’t actually know what this is (it could be tampons) – but it was purdy and colorful. 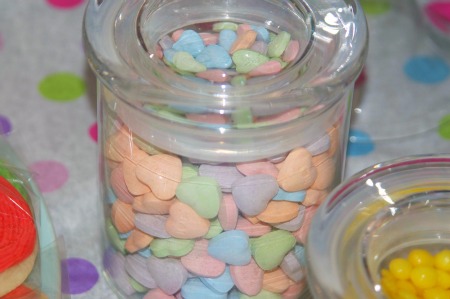 I can’t resist something shaped like hearts. It’s against my DNA. Plus COLORS!

Then, an old favorite (that’s a lie) that can double as a toilet brush! 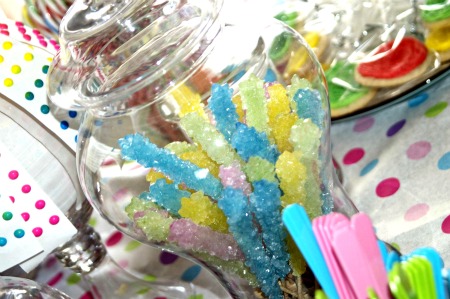 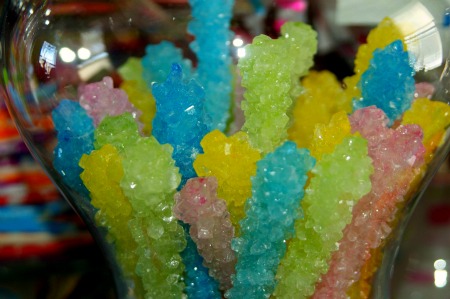 (no one ate the rock candy.)(I’m going to pretend it’s because it was pretty, not because it tasted like raw ass)

Remember these? I do. Back before I had common sense (shut up, I do SO have some now. Like 5. At least.), I remember eating these. By the time I was 8 or so, I was all, WAIT A MINUTE, THIS CANDY TASTES LIKE GARBAGE EVEN IF IT IS SOOOO PRETTY!

I think I got tired of accidentally eating the paper.

And where would a good sweet shoppe party be without weeeee cuppy cakes? (answer: I don’t have an answer) 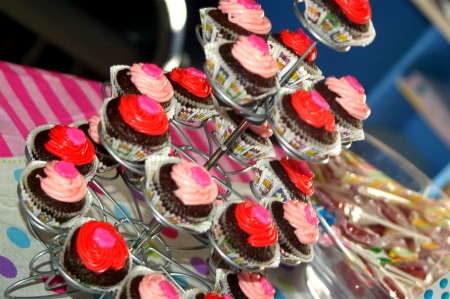 These cupcakes, made by Dawnie (who cannot salt a driveway to save herself), were not only freaking adorable, but delicious. Mmmmmmm….cuppycakes.

Also made by Dawnie were these: 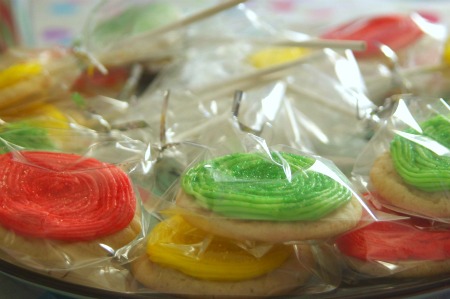 Tell me these aren’t beyond full of the awesome. Because you’d be a lying liar who lies. 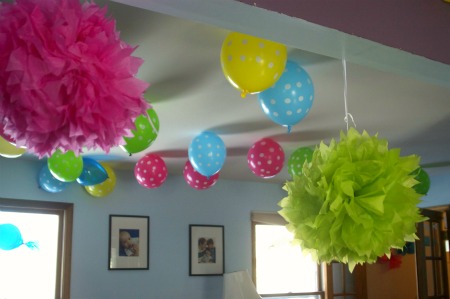 Instead of adding ribbons to the balloons so they could be dragged around the house, plastering my poor allergic face with latex, The Daver had the bright idea to simply fill the room with balloons.

If I teach you NOTHING else, Pranksters, let it be this: DO THIS FOR YOUR NEXT CHILD PARTY. I swear, the balloons occupied the children for at least three hours.

And a Hello Kitty cake for my birthday girl. Made by Dawnie. If she can’t properly decorate the house, at least she can bake. Right?

For all of the chocolate cake lovers, Dawnie made this:

The birthday girl was quite thrilled by her cake. 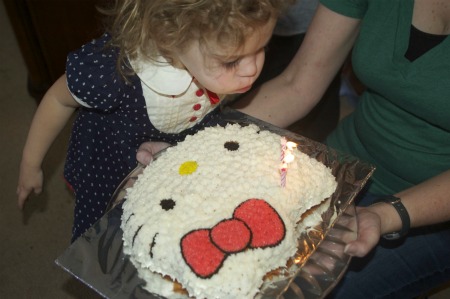 The day after her party, the kids opened some presents. We always buy the children who aren’t celebrating their birthday buckets of trinkets and stuffs to play with. It helps a little.

Amelia decided to show off her cannibalistic tendencies. 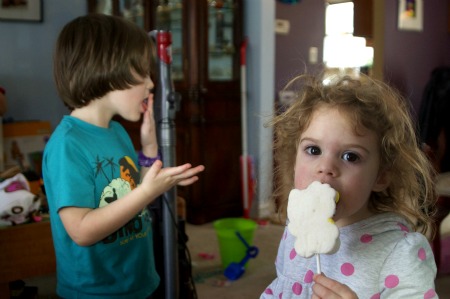 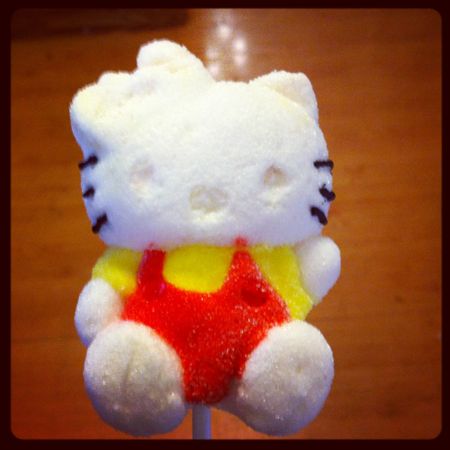 Hello Kitty did NOT go gentle into that good night.

Alex, tearing into his bucket. Ben was hiding from the camera. 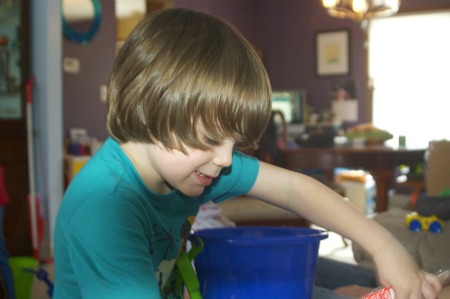 Girlfriend is going to be a better photog than me any day now. 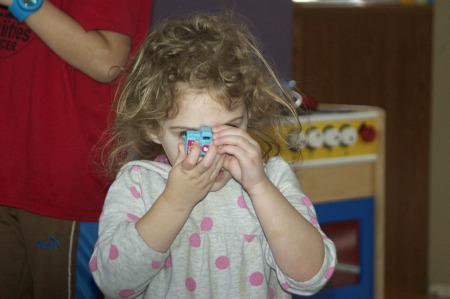 And lastly, I made people sign something for her bedroom. 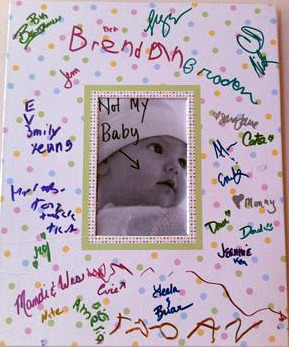 I’m totally leaving that fake baby in there.