I pretty much live in the awesomest neighborhood ever. There’s a house that passes out beer and “severed fingers” (hot dogs) to the parents. Someone up the block makes Irish coffee. A couple other people make mini-haunted houses for the older kids. Really, you can’t go wrong.

And I love Halloween. I haven’t been feeling well lately, so I didn’t get as into it this year as I normally do, but you know, can’t win at life ALL THE TIME.

This year, Alex and Ben were full of the excited for Halloween. 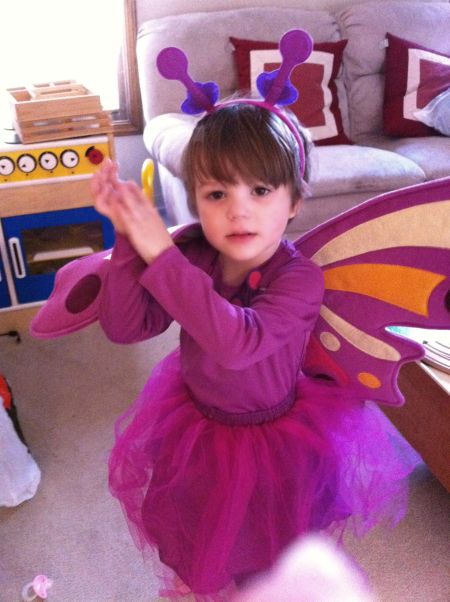 When Amelia saw Ben dressed like this, she ran around the house going, “ARRRR!” Because she knows a pirate says, “ARRRR.”

Now the only child without a costume was Amelia. It’s not that we didn’t WANT to get her a costume or that we were all, “YOU CAN’T HAVE A COSTUME, AMELIA,” it’s just that every time any one of us tried to explain the concept of Halloween, we realized how absurd it sounded:

“So, we dress up as other people and then go ask our neighbors for candy.”

“We put on costumes and trick-or-treat.”

“We go door-to-door dressed up and say, ‘trick or treat.'”

So of course, Amelia was baffled and I wasn’t about to drop a significant amount of cash on something that baffled her, so instead, I picked her out a reasonable costume at Old Navy, and figured at worst, she could wear some jammies. She’s a little girl. Who cares? If someone had an issue with a non-dressed up ickle girl, they could talk to my Fists of Fury.

When I got the costume in the mail, though, I made a big deal of presenting it to her, like it was this big prize. “OH AMELIA, LOOK AT THIS PRETTY PRETTY THING!”

She took a look at it, grabbed it from my hands and threw it on the ground and began to stop on it. I grabbed it away before she could take a shit on it. Her fury was hilarious if not slightly baffling. It was a fairy princess costume, not something that should really have evoked ire in a toddler. I mean, this is the child who loves pink, sparkles and Mary Janes. She’s my daughter, after all.

But…okay. To the closet it went.

She saw her brothers dressed up, and as she was getting on her ballerina jammies, on a whim, I grabbed out the Fairy Princess costume to show her.

She grabbed it from my hands, and instead of attempting to take of her diaper to take a whizz on it, she lovingly caressed it, then hooted her desire to put it on. When it was safely on, she ran over to the mirror to take a look at herself in the pretty dress. She smiled.

Then she went up to her eldest brother, stole his sword and the costume was complete: 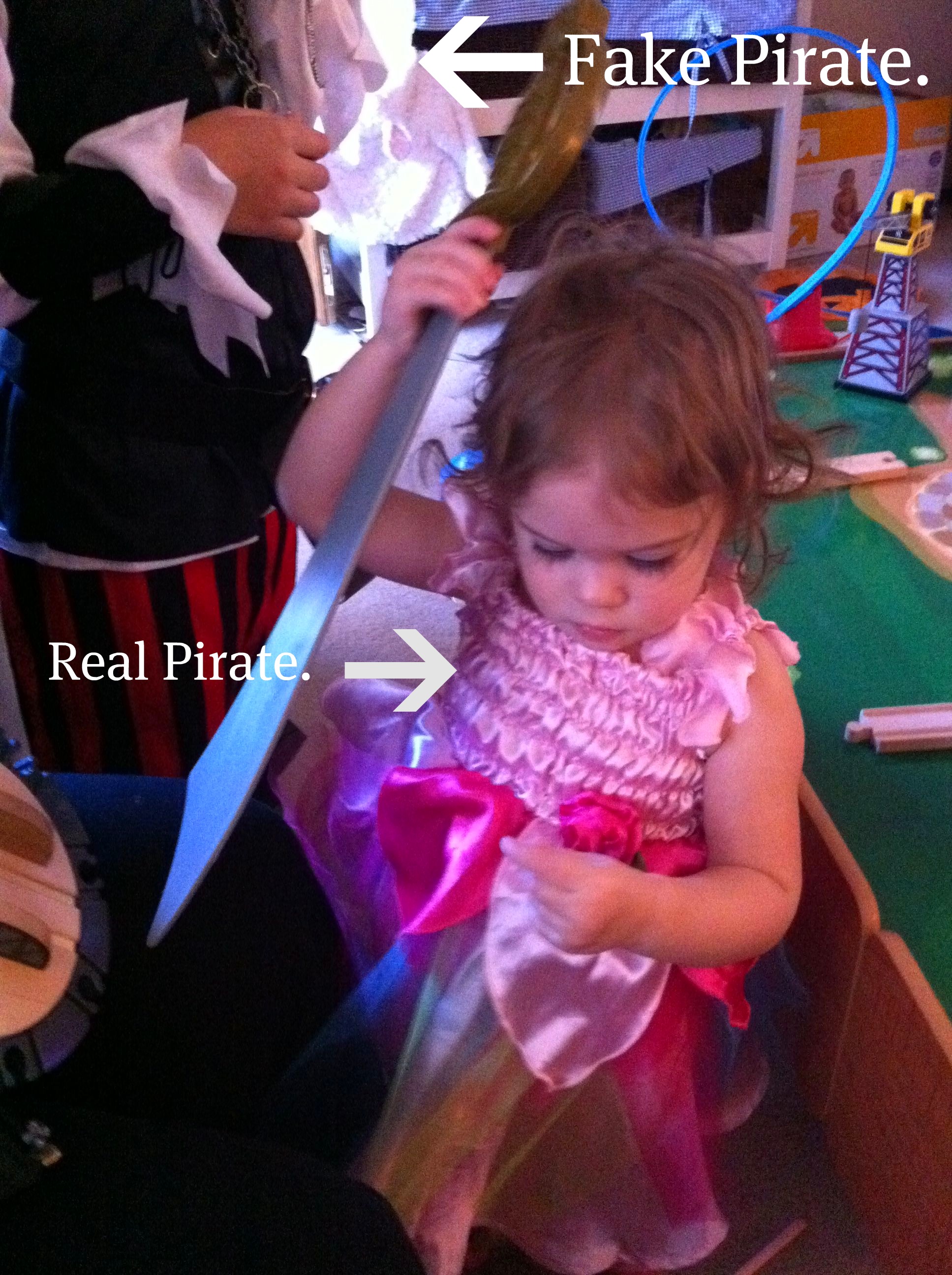 Where Alex, my ickle Jay was afraid to go from house to house the first year he could toddle around, Amelia marched up to each door, hooted when she got her candy, and ran as fast as her thunder thighs would allow her to the next house, keeping handily up with her brothers.

I swear, Pranksters, I was misty with pride. My girl, she’s fierce. 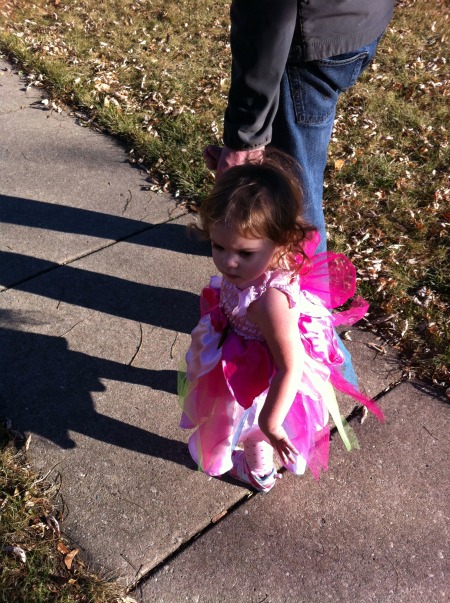 P.S. You should visit my home slice Peggy and her Etsy shop. Why? Because she’s crafty and I’m not.

60 thoughts on “A Pirate, A Manly Butterfly and A Fairy Pirate Walk Into a Bar…”