When my eldest was five, I was beyond delighted to find that they still manufactured EZ Bake Ovens. I, myself, had often begged, borrowed, and wheedled my mother about buying me one. Her response was two-fold:

A) They cook the cakes with a lightbulb

Of course, she, being wiser than I, never allowed me within ten feet of an oven. I give you Exhibit A: 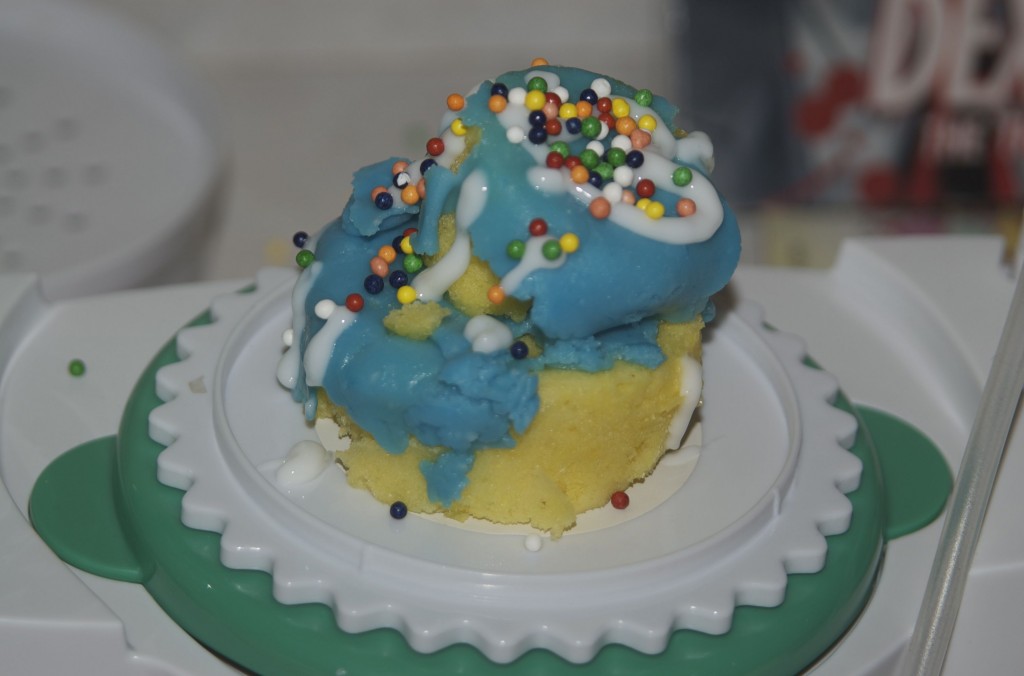 Actual attempt by Your Aunt Becky to create a fancy cake. At age 29.

Pranksters, tell me that cake doesn’t look like semen layered upon bubble gum and a sponge.

Anyway, it was with great gusto that I bought my son an EZ Bake Oven. And promptly realized that my mother, in fact, had been right all along – the thing was a piece of junk. The “brownies” we made tasted like water-logged cardboard.

When I noted the 80’s clothes coming back, I groaned, the same way my own parents groaned when I clomped into the house wearing platform heels and a Dashiki. As if leggings and pajama jeans weren’t bad enough, now grown-ass women can wear whimsical overalls?

WHY, o! WHY would I want to wear those overalls? They look like they’d crawl up your cootch and hang out there, not only making you uncomfortable, but also giving you a massive case of camel toe.

When I saw that Strawberry Shortcake was making a comeback, I’ll admit that I got pretty excited. I mean, that doll used to smell like AWESOMENESS and hell, it’s better than listening to fucking Dora talking about her stupid fucking backpack or Ruby telling Max all bossy-like, “Now, Max…”

WHERE ARE YOUR PARENTS, CARTOON CREATURES?

But then, they took on the Smurfs and made Katy Perry – who appears to actually be a smurf in real life – and did a creepy animated Smurf movie. When I stop weeping, I’ll let you know.

My children’s latest obsession is with something that, as a young lass, I, too, loved: My Little Pony. Oh, how I loved My Little Pony – nearly as much as the Pound Puppies and the Barbies that I was not allowed (my hippie mother didn’t want me to grow up thinking women needed to be 7 feet tall with double FF’s and blond). I watched the show as religiously as I could, considering I was allotted an hour of television each day – unless it was PBS, which is how I learned that the art of cooking is this:

“Throw a bunch of shit in a pan. Don’t measure. More ingredients = better. Then order takeout.” Thank YOU, Jeff Smith for that misconception.

I was all excited when the kids stopped watching Phineas and Ferb and began to watch My Little Pony. My middle son, Alex, is extra-specially fond of the show, which I found to be adorable until…

…I realized that they’d redone the show. 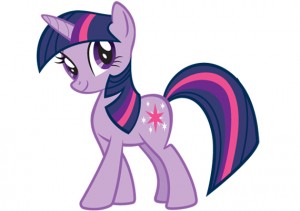 I mean, it’s not like the ponies are like all sexified and slinky or anything, which, after seeing the Bratz Dolls, I count as a win, but what was so wrong with the original cartoon? I ASK YOU TELEVISION EXECS, WHAT WAS WRONG WITH THE ORIGINAL? 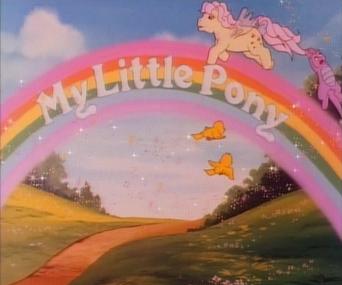 I guess I should go back to my Matlock reruns – interspersed, of course, with episodes of Murder, She Wrote – chug some Geritol, fantasize about getting a cane to trip random walkers-by and yell at the damn kids to get off my damn lawn.

Those are MY kids on the lawn.