But this is me, and we all know I never joke about anything (hey, Juice Boxes ARE for Pussies).

Bright and blurry Saturday morning, well before any civilized person should get up (8:30AM is, like juice boxes, for pussies), my friend Dawn showed up bearing coffee and donuts, looking as The Guy on my Couch and I both did – like we’d been run over several times by a gigantic truck. Or beaten with the ugly stick. [insert some other euphemism that hilariously explains why, in fact, we all looked like we needed a good scrub in the back yard with one of those steel brushes and some bleach]

It was unfortunate, really, the way we looked, since we were going to go get our pictures done. Unfortunate but unsurprising – everyone looks weird on Picture Day. My freshman year in high school, I got appendicitis on the day of picture retakes, and agonizingly, I sat through that photo shoot. In those photos, I look as though a gigantic rubber fist had been inserted into my rectum right before the guy said, “CHEESE.”

But this was for charity, so we tried not to complain too much. I thanked my lucky stars that we have a graphic designer who can (hopefully) make me not look like death in print.

Once happily ensconced in the car, directions in hand, bag full of ridiculous clothes and some (jazz hands) mysterious Christmas lights at my feet, coffee in my gut, I began to relax.

Until, that is, we got off the highway. At that point, I locked the doors and tried desperately not to make eye contact with anyone. It’s better that way.

I *knew* we were going into a rough neighborhood, but it was daytime on a Saturday morning, so I didn’t bother packing my semi-automatic or a shiv. I figured we’d fit right in – three white kids in a nice suburban-looking SUV. Just your average day in the ghetto, right? We could’ve had legitimate bizness there. LIKE GETTING OUR PICTURES DID.

Oh, wait. We DID have legitimate bizness there.

We parked next to an abortion clinic, flanked on both sides by buildings that had clearly been burned out. Windows missing, char-patterns making neat patterns on the brick outside, the occasional boarded up door. Everywhere we turned, there was broken glass. Dawn, who has apparently never been anywhere but the Loop and the suburbs, bothered to ask what was up with all the glass.

“DRINKIN’ 40’S” I hollered, in my obnoxious, ‘I’m-a-drunk-frat-boy’ voice, hoping the people who lived there found it to be as hilarious as I did.

We got to the studio, where my friend Josh Hawkins, who happens to be an awesome photographer AND my friend, greeted us. Immediately we realized our mistake: we’d forgotten to bring anything to drink. I turned to Dawn and whispered, “I need a diet Coke.”

She replied, “I think there’s a guy on the corner selling shit inside his trench coat.”

I hadn’t actually seen the guy, so I’m pretty sure Dawn was full of the lies. The only place that looked like it might have, at one time, sold items other than crack was a boarded-up (we’re assuming) restaurant (although it could’ve been a massage parlor) with a handmade sign that read, “Munchers.” Had it looked any more inviting, I’d have risked it for a diet Coke. As it was, I wasn’t about to try it. Besides, I had a stylist I was waiting on to make me look, well, better than I had walking in.

Which was going to take some work. 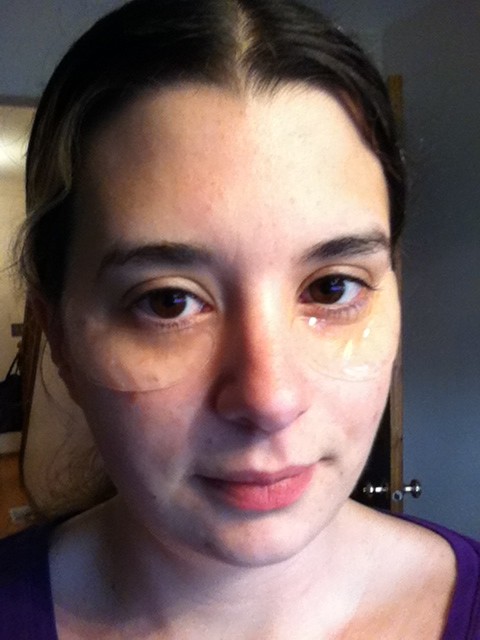 *Fake Rolex. Get it? FAUXLex?

21 thoughts on “3 Dumbasses Drive Into The Ghetto…”